The ‘prosperity’ we are familiar with

The history of Pakistan is replete with spectacular visits to the country by heads of various states and governments. Successive governments have been claiming that beneficial agreements have been reached with other states. Taken at face value, government leaders’ claims make it look like a series of achievements. Look for corroboration, however, and you are bound to be disappointed. The poor have been getting poorer and the rich richer. 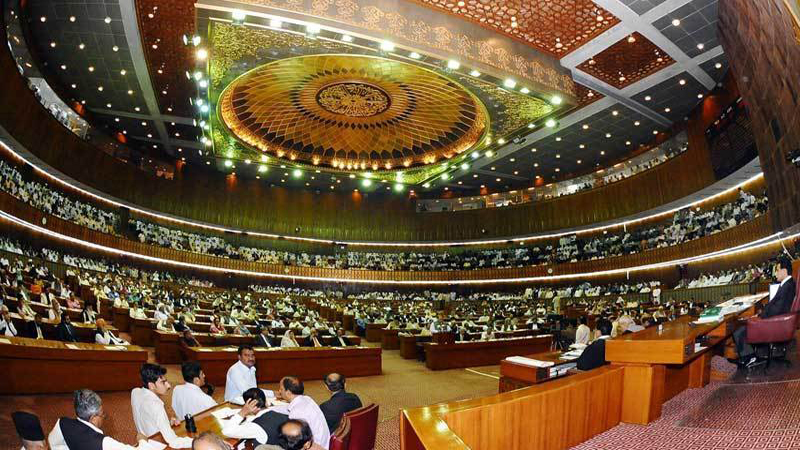 On completing 100 days in power, the Pakistan Tehreek-i-Insaf government took out advertisements in many newspapers claiming that there were already signs of imminent prosperity. Given that many of its members have been part of other governments, this must be a familiar feeling.

We wish here only to recount some of the similar claims by previous governments.

At the height of Cold War, Pakistan joined the American camp with great fanfare. Assistance worth millions of dollars was doled out but poverty remained the common Pakistani’s lot. The national security state was unable even to prevent the assassination of its first prime minister.

When SEATO and CENTO were formed in 1954, Pakistan joined both military alliances, meant apparently to guard against the then USSR and China and to contain communism. The ruling class experienced a measure of prosperity and sought to perpetuate it by preaching stability.

Gen Ayub Khan’s martial law was a coup for the ruling class. The then US president visited Pakistan in December 1959. The nation was once again told that prosperity was in plain sight. However, a majority of people did not see any improvement in their lives. In his Friends, Not Masters, Ayub Khan complained that western powers wanted slaves, not allies.

Soon, the nation was told that the country was realigning its foreign policy and had picked the USSR and China for its new friends and allies. This was a total U-turn. The establishment answered criticism of the move by citing the ‘enemies yesterday, friends today’ cliche. However, it was time already for our military hero to quit. The nation was unable thus to see the crop of his policies come to harvest.

The hope and the dream were kept alive by another general, Yahya Khan, who now took over. We again got to host an American president. However, the hopes and dreams were shattered with the dismemberment of Pakistan.

At the height of Cold War, Pakistan joined the American camp with great fanfare. Assistance worth millions of dollars was doled out but poverty remained the common Pakistani’s lot. The national security state was unable even to prevent the assassination of its first prime minister

Pakistanis were given new hopes and dreams by Zulfikar Ali Bhutto who met the then American president before leaving for Pakistan to take charge of the country.

For a while King Faisal of Saudi Arabia was the closest friend Pakistan had. Funds seemed to flow freely from the USA and the Middle East.

However, rather abruptly, Bhutto announced staunch disagreements with the USA and vowed to acquire nuclear weapons even if this required eating grass. He would not live to see the day as he was hanged by the next martial law government.

The martial law and Pakistan government’s willingness to be drawn into a war in Afghanistan brought heroin, Kalashnikov, jihad and funds from the Middle East and the USA. Pakistan proudly ignored the International Monetory Fund. Instead, the state trained 90,000 fighters and sent them to Afghanistan to fight against the USSR. By the time Zia was killed in an air crash, many had already abandoned hopes and dreams of prosperity and stability.

Then there was a decade of elected governments. Benazir Bhutto and Nawaz Sharif took turns in power. Both became prime ministers twice each but the common man got no further than the hope and the dream.

Next, there was the revolutionary government of Gen Pervez Musharraf. After 9/11, Pakistan was a frequent destination for US dollars and presidents of friendly countries.

Then Nawaz Sharif was back and for a while looked statesman-like. His association with the Saudi royals was the stuff of legnds. In the end, he too was left asking ‘Mujhay kiyun nikala’.

It has not been a happy journey. All we ask for today is that the government focus on delivering on promises of development and prosperity.