Former Prime Minister and Pakistan Tehreek-e-Insaf (PTI) Chairman Imran Khan has given the government a six-day deadline to dissolve assemblies and hold new elections. “The government has used every trick to crush our Azadi March, they used teargas on peaceful protests, our homes were raided and privacy of the houses was violated,” the PTI chief […]

PESHAWAR: Former prime minister and Pakistan Tehreek-i-Insaf (PTI) Chairman Imran Khan announced to begin his long march –Azadi March towards Islamabad, sources reported. While announcing to begin the long march in a video message shared from his Twitter handle, Imran Khan said he is beginning his Azadi March from Peshawar and will be reaching Wali […] 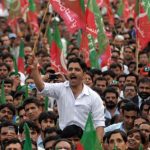 Pakistan Tehreek-i-long Insaf’s march on Islamabad today (Wednesday) is likely to result in a confrontation with the government, which is determined to use all its power to stop it. Although the federal cabinet decided yesterday that the PTI would not be permitted to hold its procession towards Islamabad, Imran Khan, the unyielding chairman of the […] 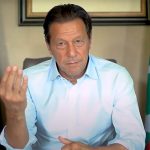 On Monday night, Punjab Police raided the homes of several PTI leaders, including former energy minister Hammad Azhar, Usman Dar, and Babar Awan. During a raid in Lahore, a police officer was shot and killed. The development occurred just hours after Senior Vice President of the PTI Fawad Chaudhry warned the government against using force […]

Finance Minister Miftah Ismail stated that he will travel to Doha and will not return to Pakistan unless a favourable agreement is reached with the International Monetary Fund. He also criticised the previous government for agreeing to the IMF’s preposterous conditions, which are proving to be a landmine for the government and disastrous for the […]

PESHAWAR: Pakistan Tehreek-e-Insaf (PTI) Chairman and former Prime Minister Imran Khan on Sunday announced to hold Islamabad long march on May 25. Khan made the announcement while holding a press conference in Peshawar. “I am inviting the entire nation. People belonging to all walks of life including labourers, ex-service men and others should participate in […]

LAHORE: The no-confidence motion against Punjab Assembly Speaker Pervaiz Elahi was dismissed on Sunday after the much-anticipated session of the assembly was postponed till June 6.  The session was adjourned within six minutes despite it starting after a delay of two hours. MPAs reached the PA to attend the meeting previously scheduled to begin at […]

ISLAMABAD: President Dr Arif Alvi has conveyed to Prime Minister of Pakistan Muhammad Shehbaz Sharif to reconsider his advice about the appointment of Governor Punjab as Omar Sarfraz Cheema still holds the office and there is no occasion to propose a new appointment. Referring to President’s Secretariat’s earlier communication, dated May 09, 2022, the president […]