An unearthed clip of Amber Heard and Johnny Depp showcases the exes fighting over having Heard “take the fall” for Johnny Depp’s decision to bring her and the dogs to Australia in a private plane. In the audio tape Heard can be heard yelling at Depp for “Helping me with my thing that you got […]

Jennifer Lopez stepped out with her step-daughter Violet Affleck to spend some quality time with her in New York City on Sunday. The duo has been in the city for the celebration of JLo’s hubby and Violet’s dad Ben Affleck’s 50th birthday celebrations. The Hollywood diva cut a chic appearance in a blousy white shirt […] 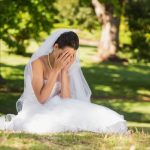 No other day matches up to the joy and elation that people feel on their wedding days. No matter where they come from or what culture they belong to, weddings call for an occasion where people discover a sense of bliss that is unmatched. However, modern times are seeing a common occurrence of couples calling […]

Fahad Mustafa becomes honourary SP of Sindh police as IG Sindh Police Ghulam Nabi Memon honours the star with the honorary title. IG Sindh Police Ghulam Nabi Memon has honoured Fahad Mustafa with the title of Honorary Superintendent of Police (SP) on the eve of Independence Day for his role in Quaid-e-Azam Zindabad. The star […]

NEW DELHI: During BJP’s “Tiranga Yatra” rally, former Gujarat Deputy Chief Minister Nitin Patel was hit by a galloping cow, leading to a minor fracture in the left leg, NDTV quoted the BJP leader as saying. Cow hits former Indian minister: watch video Patel was leading the rally when the cow rammed into him. According to the […]

Brad Pitt is spending private time with kids. Brad Pitt is very private when it comes to his kids as he’s “extremely protective” of them and very precautious to shield them away from media scrutiny. An insider spilled to Us Weekly that the Bullet Train star “loves” having his children over to his Los Angeles home and always […] 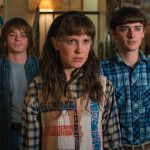 Japanese fans of the sci-fi hit Stranger Things can chow down on demonic pasta and rock out to retro 1980s tunes at a pop-up cafe inspired by the Netflix horror drama. The shop, a partnership with local restaurant chain Pronto Corp, recently extended its run in the fashionable Shibuya district of Tokyo several months amid overwhelming […] 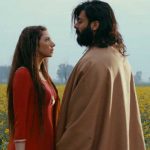 Maula Jatt’s first official trailer leaves celebs amazed. The Legend of Maula Jatt is an upcoming Pakistani Punjabi action Drama film directed and written by Bilal Lashari and produced by Ammara Hikmat and Dr. Asad Jamil Khan under the production banner of Encyclomedia. It is a remake of the 1979 cult classic Maula Jatt. The film […] 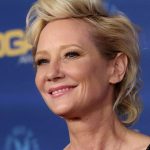 Actor Anne Heche died after life support taken off. Anne Heche, the Emmy-winning film and television actor whose dramatic Hollywood rise in the 1990s and accomplished career contrasted with personal chapters of turmoil, died of injuries from a fiery car crash. She was 53. Heche was “peacefully taken off life support,” spokeswoman Holly Baird said […]