The imminent economic meltdown the country is faced with is the sad consequence of the continuous wrong policy decisions, financial mismanagement, corruption and the ostentatious way of living by the elite. The Governments and in parallel the establishment remained addicted to foreign economic aid shying away from structural economic reforms or at least putting in […]

Not too long ago, good quality ready-made women’s clothing was sold in what were called boutiques. In Karachi, a few shops dotted a particular street in Clifton and a few existed on Zamzama boulevard. The concept of brands was little known in Pakistan then. There was one company, which sold high-quality fabric at a premium […] 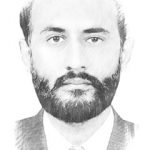 The government was left scratching their heads when a nationwide power outage occurred. It was the third time the national electric grid had failed since 2021. Globally, Pakistan tops the list of national electricity breakdowns. The list includes Sri Lanka’s national blackout in 2020, and the power breakdown in Southern America in 2019, etc. According […]

The Indian security forces have been using ruthless force to suppress the freedom struggle of the people of Indian Occupied Jammu and Kashmir (IOJ&K), which they launched in 1989 after having been frustrated by the Indian intransigence to grant them the right of self-determination. According to reports compiled by human rights organizations and other authentic […]

Pakistan’s current account deficit lies exposed: the country earns less and spends more. The double-whammy is that domestic expenditure is higher than domestic earnings and that the import bill is higher than export earnings. The current account deficit is now a perennial problem to reckon with. On January 31, the mission of the International Monetary […]

E-revolution is being touted as the most significant agent of change witnessed in the 21st century. It has brought paper reading almost to zero and has supplanted it with reading on electronic gadgets, termed e-reading. This is a rapidly expanding area of digital life that is engulfing human beings all over the world in almost […]

Simply worded, Stroke is a disease featured by blockage of the major arteries, as a result of which, the oxygen supply is depleted, leading to death or disability. While there are several kinds of Strokes, such as Ischemic Stroke, Hemorrhagic Stroke, and Transient Ischemic Attack (TIA), triggered by several factors, the most common type is […]

Khyber Pakhtunkhwa (KP) is the first province in the country to have successfully rolled out a fully funded pension scheme for its employees, becoming a front-runner in pension reforms. KP’s new pension scheme applies to all government employees joining from June 2022 and will be funded through a combination of employee and government contributions, ensuring […]

Ever-increasing terrorism activities, check. A hapless security apparatus, check. Economic meltdown, check. The luckless population at the mercy of the wolves, check. Major stakeholders blaming each other, check. Into the abyss, check! “Battle not with monsters, lest ye become a monster, and if you gaze into the abyss, the abyss gazes also into you”. Nietzsche’s […]