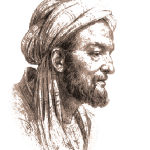 When Iqbal visited the mosque of Cardoba during his European trip of 1931-32, he was so dazzled to see the charm of the mosque that upon his return he wrote his magnum opus entitled ‘Masjid e Qartaba’, recollecting the impression the mosque left on him. The poem is exceptional in several ways at one hand, […]

Moscow: Russia on Monday summoned the US ambassador in protest after President Joe Biden branded Russian leader Vladimir Putin a “war criminal” for Moscow’s actions in Ukraine, saying he had endangered ties. “Such statements by the American president, which are not worthy of a high-ranking statesman, have put Russian-American relations on the verge of rupture,” […] 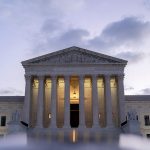 Washington: The US Supreme Court on Wednesday rejected a bid by former president Donald Trump to block the release to a congressional committee of documents related to the January 6 attack on the Capitol. Citing executive privilege, Trump had sought to prevent the records held by the National Archives from being given to the panel […] 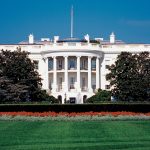 Washington: The United States is worried that draft constitutional reforms in Belarus could lead to the deployment of Russian nuclear weapons in the country, a senior State Department official told reporters Tuesday. Joint Russia-Belarus military exercises announced Tuesday by Minsk as Russian troops arrived in the country were “beyond normal,” and could preview a permanent […]

As a Pakistani who has worked on Mental Health in any capacity that I could have, I have realized that people are still not aware about therapy and try to shun the conversation around it. A lot of orthodox Pakistanis are still afraid to tell people they are taking therapy or seeing a mental health […] 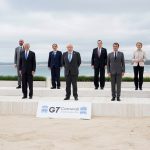 The G7 on Sunday said time was running out for Iran to agree a deal to curb its nuclear ambitions, and warned Russia of “massive” consequences if it invades Ukraine. Foreign ministers from the world’s richest nations held a two-day meeting in Liverpool, northwest England, seeking to present a strong, united front against global threats. […] 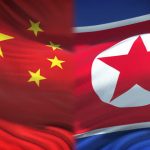 The United States unveiled a raft of new rights-abuse sanctions Friday on senior officials and entities in eight countries, with targets ranging from a Chinese firm specializing in facial recognition technology to a giant cartoon studio in North Korea. Timed for International Human Rights Day and supported in part by Britain and Canada, the sanctions […]

On Tuesday, Israeli airstrikes hit the Syrian port of Latakia, according to Syrian state media, in a rare attack targeting key facilities. “Around 1:23 am today (2323 GMT Monday), the Israeli enemy carried out an air aggression with several missiles,” SANA news agency quoted a military source as saying. “Our air defences repelled the Israeli aggression […]

With its colossal halls and ascending archways, Government College University in the eastern megacity has long reminded students of the magical school created by British author J.K. Rowling in her Harry Potter series. Dressed in costumes from the “Potterverse” including wands and pointed witch and wizard hats, students welcomed visitors to their version of the […] 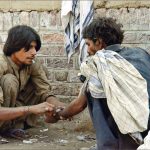 The rate of drug use in Pakistan is exponentially increasing. According to a UN report on drugs by the United Nations Office on Drugs and Crime (UNODC) in 2013, almost 7.6 million people in Pakistan are into drugs. After 2013, no concrete data has been collected to determine the scope of drug abuse in Pakistan. […]