Ibn e Khuldoon: The rise and fall of nations (Part-1) 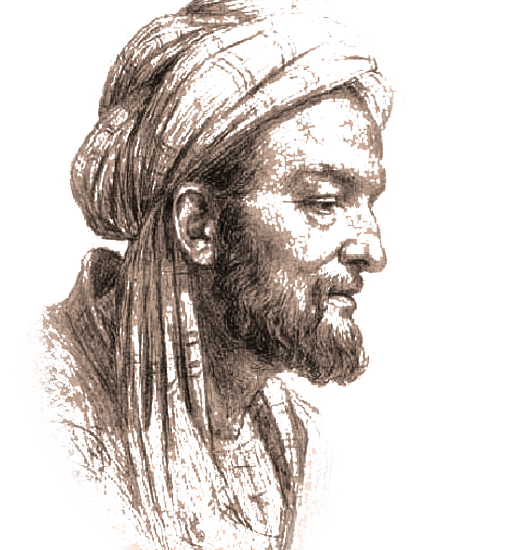 When Iqbal visited the mosque of Cardoba during his European trip of 1931-32, he was so dazzled to see the charm of the mosque that upon his return he wrote his magnum opus entitled ‘Masjid e Qartaba’, recollecting the impression the mosque left on him. The poem is exceptional in several ways at one hand, it deals with Iqbal’s lamentation of the lost glory of the Muslims and the fall of their magnificent rule over Spain that continued for three centuries. On the other hand, it insinuates that nothing is indissoluble in this world; every rise has a fall except the Almighty God who is the first and last. In picturing such an image, Iqbal starts his poem by elucidating the philosophy of day and night which can be taken metaphorically as the phenomenon of rising and fall. As Iqbal says at the beginning of the poem, ‘The cycle of day and night is the essence of life and death,’ which means that the days and nights change, come and go, but this universe that finds its foundation on ‘Ishq’ will remain forever.

Quoting Iqbal’s poem on the decline of once-a-powerful-nation is to point out how literature minutely deals with the rise and fall of civilizations. Historically speaking, every public intellectual somewhere or other discussed this phenomenon in his work. For instance, when the city of Baghdad was destroyed by Hulagu Khan, the great Persian poet Shiekh Saadi expressed severe grief over the fall of Baghdad in 1258 in his poetry. He mourned in his verses that the sky should shed blood drops over the fall of Mustasim Billah’s government and called on Prophet Muhammad to see how doomsday has started on earth. Interestingly, Quran, being a great text, also deals with these phases in a nation’s life. Allah Almighty in Quran explains various reasons behind the rise and fall of nations. God openly warns nations who do not adhere to the divine principles and support the system of exploitation. Meanwhile, Allah also tells in Sura Ar Raad of the Holy Quran that, ‘which is for the good of mankind remains on the earth.’ So if a system is based on the collective benefit of humanity; without any distinction of religion, caste, or race, it will flourish rapidly until its leaders stay conscious of the changing needs of society. But its decline, according to the verses of the Quran, will depend on their economic exploitation, the prosperity of the few individuals, and the moral degradation of that nation.

It is here pertinent to mention that our religious scholars usually blame common people for their corrupt practices and moral abasement without blaming the system that is forcing them to act or behave like that. However, Shah Waliullah Dehlawi, a great Islamic scholar of the 18th century, clearly stated that moral values are entwined with the economic system. If the economic system is made for the benefit of a few individuals and the majority of the population is left at the mercy of those handpicked individuals then it is most likely that the corruption will travel from top to bottom. Anyhow, this phenomenon of rising and fall is not limited to the traditional religious scripts only as many intellectuals and historians have also tried to explain it.

Before discussing Ibne Khuldoon’s concept of the rising and fall of nations, it is necessary to know what other historians from the recent past have to say about this philosophy just to have a wider perspective. The other famous historians who worked on the rise and fall of nations are Toynbee to Edward Gibbon. Both of them examined different civilizations in order to order to fully understand the causes behind the rise and fall of nations. Toynbee, a renowned English historian, whose analysis of history is often criticized as being too Eurocentric has written a 12-volume on the Study of History and describes the phenomenon of history as a cyclical development, an idea which is quite similar to the idea of Ibne khuldoon.

In his Volumes, Toynbee studied 26 different civilizations, how they rose to power and what factors contributed to their downfall. Toynbee reached the conclusion that those nations who failed to respond successfully to challenges under the leadership of great leaders who belonged to creative minorities. Furthermore, those leaders left the main point and emphasized nationalism, militarism, and the tyranny of a despotic minority. A very interesting point that one can find while reading Toynbee is that, unlike Karl Marx, his focus is more on spiritual forces rather than economic factors as Marx places economy as structure or base in his division of society and all other things on the superstructure.

Meanwhile, Edward Gibbon who is known for his volumes on the rise and fall of the Roman Empire also notes several critical aspects of the fall of the Roman Empire. First of all, the ruler’s wish for military hegemony compels him to brutally use the state’s resources on useless things. To elaborate on this point, Max Waber’s criticism of the army as an institution is very interesting. While denouncing the role of armies, Waber says that armies are a group of people who do not know each other and fight for those who know each other but do not fight. Secondly, Gibbon focuses on the maintenance of law and order in society. When rulers fail to keep law and order in society it badly affects that society. Thirdly, when the rulers fail to encourage public respect it instigates feelings of hatred in the people that lead the state to destruction. Fourthly, it is highly important for the ruler to ensure tolerance at home and encourage the policy of peace with all. When a ruler tries to impress one community in a country where hundreds of other communities are living, he actually promotes fascism without any understanding that it may create a threat to power.

The writer is a staff member of the Daily Times newspaper.