In Swat, 1,360,334 registered voters will exercise their right to franchise in the local government elections phase 2 which include 767,858 men and 592,576 women. Polling for the second phase of local government elections will be held on March 31 in Swat for which arrangements have been finalized. Political parties, including independent candidates, have launched […] 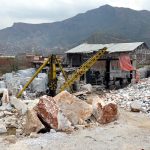 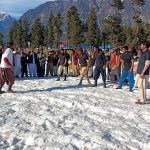 Annual snow kabaddi competitions have started in Swat in which players play kabaddi on ice in extreme cold. 8 teams are participating while each team consists of 7 players this time in the tournament. With the onset of winter in the Swat Valley, various sports competitions are organized to promote winter tourism in which snow […]

For various developmental projects in Swat, section four has been imposed on lands by the government, which includes most of the agricultural lands against which the elders of the area are protesting. Siraj Khan, from Matta Tehsil, Swat, has been involved in horticulture and agriculture for many years. Siraj Khan’s orchards have various fruit trees […] 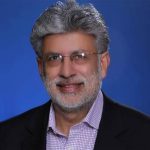 Secretary Information and Public Relations Arshad Khan have said that journalists are the eyes and ears of society. By reporting positively through the pen, journalists can play a significant role in the evolution of society. Allotment letters of Media Colony will be issued soon to the journalists. He expressed these views while addressing a function […] 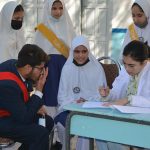 Bakht Zeba, widow of Wali-e-Swat Miangul Abdul Haq Jahanzeb, has issued an advertisement to sell her share of 8,000 feet in a state-owned royal bungalow. The advertisement states that she will sell her share at the current market rate. Rumors were circulating on social media that a part of the state bungalow had been sold […]

Swat Valley, known as the Switzerland of the East, has been blessed with immense beauty. Rivers, lakes, and waterfalls play a vital role in the beauty of Swat. Such an enchanting and humming waterfall “Shingrai” also attracts people. The locals call this waterfall ‘Dand’ or ‘Charh’ which is a Pashto word. In Pashto, the word […]