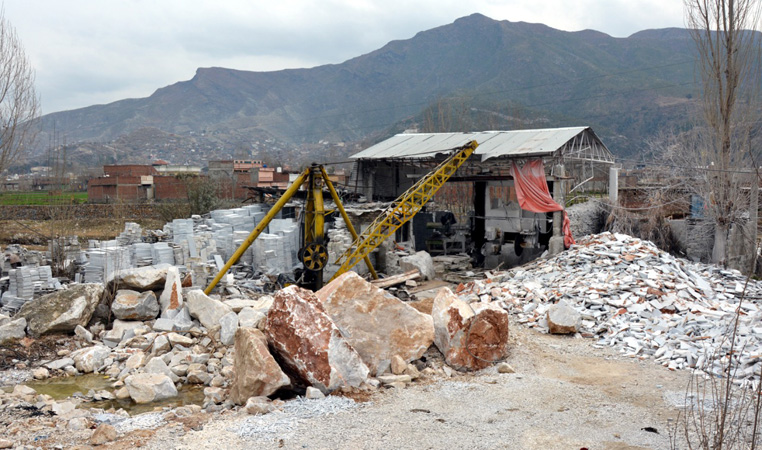 In Khyber Pakhtunkhwa including swat, due to additional taxes in electricity bills, the Marble Industry Association has announced a strike and closed more than 4,000 factories, and left more than one million workers unemployed.

Swat Marble Industry Association spokesperson Dr. Prince Fazal Rahman said that under the guise of fuel adjustment in electricity bills, we are charged between Rs 25,000 to Rs 30,000 while under the guise of quarter tariff we pay up to Rs 75,000. “The bills also include sales tax, withholding tax, GST and further tax which is a gross excess” he added

He said that we have closed factories across the province in protest of the abolition of all these taxes and to accept our demands.

“We have started a strike until our demands are met, our factories will remain closed indefinitely” He added

Muhammad Rasool Khan of Truck Owners Association says that 1500 trucks registered with these marble factories in Swat and Buner have stopped, due to which 4,500 people associated with these trucks have lost their jobs.

“Factory workers, truckers and all the miners were living in a state of unemployment and severe depression due to closure of factories”. He added

According to Muhammad Rasool Khan, after the coming of this government, people belonging to all walks of life have become very anxious and mentally deranged. Even if their demands are not accepted soon, they will be forced to beg.

Akhtar Khan, a laborer working in a marble factory in Swat, says that the stoves in their houses have become cold due to the closure of the factories.

“If left unchecked, there will be famine in their homes” He added