‘Art is a highly personal experience. It is interpreted in many ways, and each opinion has a right to exist’

Walking back into my old college brought back a warm feeling of nostalgia creeping into my now decade- older bones, in the cold December month of 2017, albeit with the same kind of excitement akin to old student days of yesteryears NCA. Astonishingly, it has been a refreshing and somewhat exhilarating experience each time, to my surprise. The delicious smell of oil paint brings about that finger tingling, innate itch to paint, every time. 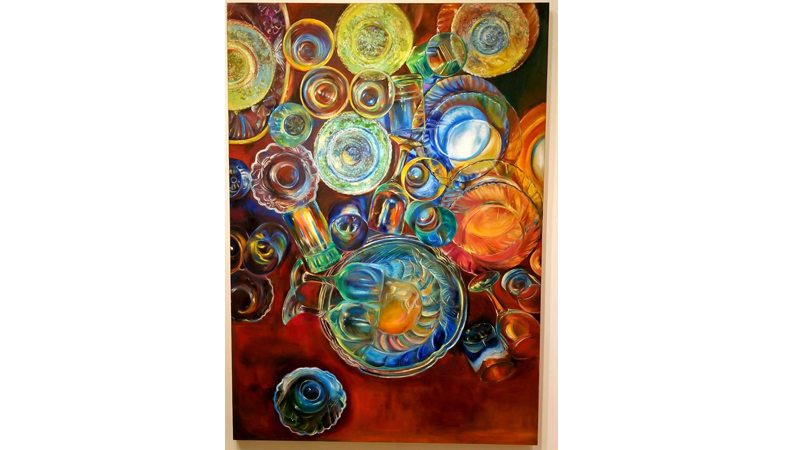 Entering the vast studio expanse, getting visually bombarded with lines in forms on canvases, the room scattered with viewers shifting around, sometimes squinting and otherwise in blatant focus of the works adorning the enormous walls of the exhibition gallery, one starts to feel personally liable to feeling and analysing everything once the interaction between the work and viewer is established. So in that instance, I made up my mind to put the thoughts in writing.

Many of us believe that writing about art is extremely complicated, effort worthy and requires an impending knowledge of art theory, but that, in fact, is not true. Observing art itself is a highly personal experience, interpreted in many ways, and each opinion has a right to exist. We can express personal opinion on a particular artwork relying on objective information. As one of the artists states, “Artists are like mono print. Everyone is individual” – a beautifully worded expression that echoes not just artwork but the state of art viewers alike.

What is most inspiring and noteworthy here is that for the first time in NCA’s history, this was the largest batch of 19 Masters of Art 2017 graduates, all belonging to different areas of Pakistan, diverse backgrounds and cultures. “During traditional practice of the course, it was quite interesting to see different representations and thought processes of a diverse group of people,” said one graduate. Art is about visually bringing such eclectic ideas and view points to the fore. 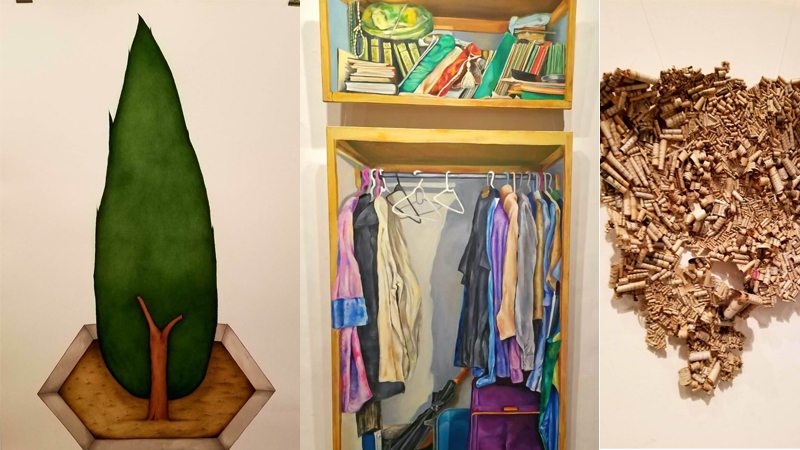 As you enter the perfectly lit main gallery, the abstract works of Arif Hussain, huge discoloured canvases of varying shades of black and white, depicting different stages of deconstruction, take you on an emotional journey. Clear acrylic boxes comprising erasings from the drawings on the canvases, are set in gradation of varying tones of grey. These painstakingly done works, deconstructed into erasings, represent a rhythm of abstraction as a whole.

NCA offers an intelligent and lucid group show, it allows the viewer to see things from a different perspective. The exhibition shows how art has contributed to what we can do today, how narratives and sensitivities are depicted through visual appreciation, giving meaning to and allowing us to interpret things as we see them

Debates have ensued between my friend and I concerning the interpretation of this particular piece of art. The idea of erasing, he said, doesn’t mean that it’s gone. It takes form in a different way. From kinetic to potential energy, a form that is visible and invisible at the same time. Arif’s work brilliantly portrays a certain kind of discrepancy between the emotional states, unnaturally rhythmic and a calm depiction of the stages of emotional chaos, quite surprisingly arranged in a neat order, the sediments of upheaval having been embedded forever.

On the opposite wall is Iranian student, Marjan Baniasadi’s work, representational and illustrative paintings of carpets composed in different stages of construction which are beautiful and intricate at face value but hint at a more mystical context. Each thread on the loom depicts a sensitive story or a beginning of one, interwoven with other narratives, creating and recording tales of history and personal journey.

Another inspiring story is that of Rizwana Irfan, from Lahore, a 1993 painting graduate of NCA. After focusing on being a housewife for decades, she decided to pursue her love for art and enrolled herself for the Masters Programme this year.

Unaiza Ismail’s installation catches the eye and very interestingly challenges age old societal norms and notions about cultural values regarding women and stigma associated within society. It is a display of movement and light, casting shadows on the walls. 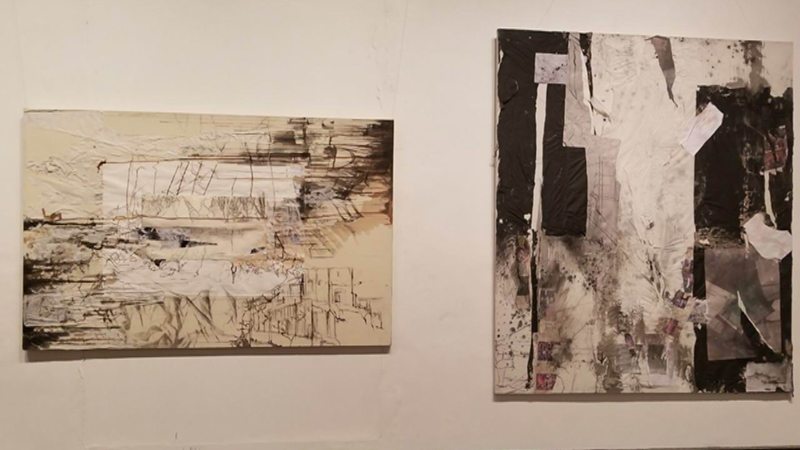 Other works that caught attention were that of Akif Suri and Zakir Baloach, each individual presenting their ideas masterfully. Miniature paintings by Maryam Baniasadi stated the relationship between human and nature and how roles are reversed in contemporary times as the natural environment has to conform to human manipulation. It is a satirical depiction of this aspect through leaves and forms of natural vegetation in phallic symbols which subtly hint at the patriarchal nature of society. An oppositional form of political speech, Maryam brings into focus the fundamental paradox of man versus nature.

NCA offers an intelligent and lucid group show, it allows the viewer to see things from a different perspective. The exhibition shows how art has contributed to what we can do today, how narratives and sensitivities are depicted through visual appreciation, giving meaning to and allowing us to interpret things as we see them. A refreshing show by these graduates: Namra Fatima, Arif Hussain Khokar, Nada Khalid, Shaheera Aslam, Hina Asghaer, Akif Suri, Unaiza Ismail, Marjan Baniasadi, Maryam Baniasadi, Abid Aslam, Ahsen Asif, Muneeb Aquib, Zakir Baloach, Hassan Ali, Rabia Tarique, Ahmed Shehzad, Fozia Solangi and Mahrukh Bajwa.

It is an experience to be a part of a show, to interact with great works already in conversation with each other.

The writer can be reached at saharnoonofficial@hotmail.com