Afghan diplomats in Islamabad have confirmed that the embassy has received a letter signed by acting Foreign Minister Amir Khan Muttaqi about the appointments of diplomats in Afghan embassy Islamabad and Peshawar consulate. Taliban have not yet officially commented on the letter drafted by the Islamic Emirate of Afghanistan Ministry of Foreign Affairs, Directorate of […]

A Taliban leader on Sunday said that Pakistan or any other country has no right to ask the Islamic Emirate to establish an ‘inclusive’ government in Afghanistan. The Taliban’s Islamic Emirate has not officially commented on Prime Minister Imran Khan’s remarks wherein he said he has opened negotiations with the Taliban for an inclusive government, […]

Afghanistan’s Army Chief Qari Fasihuddin Makhdoom said on Wednesday that a new regular army will be created in the near future and consultations are ongoing for this purpose. “Such an army would be created which could defend Afghanistan,” Fasihuddin, an ethnic Tajik, told a gathering in capital Kabul, a week after the Taliban’s Islamic Emirate […] 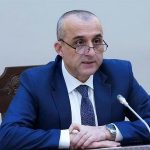 Taliban officials on Monday posted videos on their social media accounts about a “recovery” of millions of dollars and gold bars from the house of former first vice-president Amrullah Saleh, who has declared himself as the acting president. Saleh said earlier this month that he is in Panjshir valley north of Kabul to resist the […] 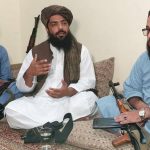 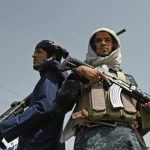 The 20th anniversary of the 9/11 attacks in the United States passed quietly in the Afghan capital Kabul and other parts of Afghanistan on Saturday. “Afghans don’t care about the 9/11 anniversary because for the past 19 years every month was 9/11 for Afghanistan,” an official Twitter handler of the Taliban said. No function was […] 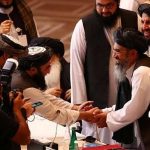 As intense fighting in Afghanistan has raised serious concerns, regional and international players will be meeting in Qatar on Tuesday and Wednesday to discuss ways how they can help in reduction in violence and also to revive the stalled negotiations between Taliban and the Afghan government. Sources say Qatar has called a meeting of Afghanistan’s […]

Civilian casualties in Afghanistan in the first half of 2021 reached record levels, including a particularly sharp increase in killings and injuries since May when international military forces began their withdrawal and the fighting intensified following the Taliban’s offensive. In a new report issued on Monday, the United Nations warned that without a significant de-escalation […]

The Special Representatives and Special Envoys of the United States, the European Union, France, Germany, Italy, NATO, Norway, and the United Kingdom have called on the Taliban to end their military offensive, and on both the Afghan government and the Taliban to engage meaningfully in the peace process. A joint statement issued on Saturday after […]

Afghanistan said late on Sunday that President Ashraf Ghani has instructed the country’s foreign ministry to withdraw diplomatic staff from Pakistan until those involved in ‘kidnapping’ of the Afghan ambassador in Islamabad are arrested and put on trial. “Following the abduction of the daughter of Afghan ambassador in Pakistan, the leadership of the Islamic Republic […]