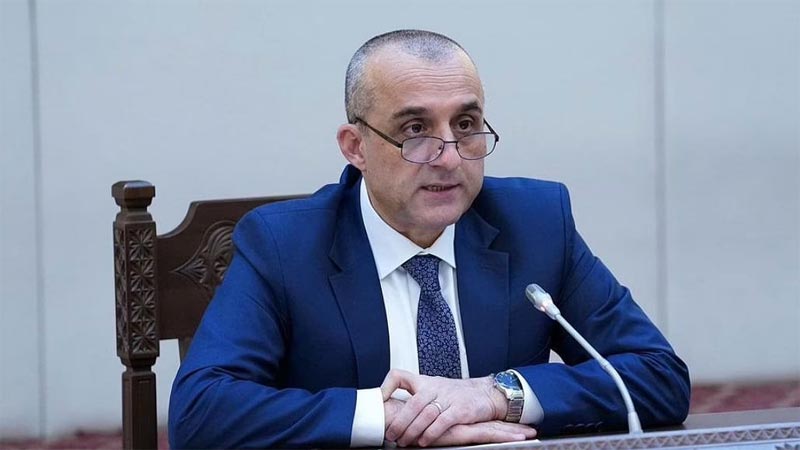 Taliban officials on Monday posted videos on their social media accounts about a “recovery” of millions of dollars and gold bars from the house of former first vice-president Amrullah Saleh, who has declared himself as the acting president.

Saleh said earlier this month that he is in Panjshir valley north of Kabul to resist the Taliban. The Taliban say they now control most parts of Panjshir. Ahmad Masoud, son of former defence minister Ahmad Shah Masoud, led a resistance movement against the Taliban but later left the provincial capital. On Thursday, the Taliban said Saleh’s brother Rohullah Azizi was killed in fighting in Panjshir. However, the Indian media quoted Saleh’s nephew Shuresh Saleh as saying that the Taliban “shot dead” and his driver in northern Panjshir Province.

The Taliban said they recovered 6.5 million US dollars and gold during a search of Amrullah Saleh’s house. There was no reaction from Saleh, who had been active on social media before the Taliban took control of the Panjshir Valley. “Foreigners gave impunity to people like Amrullah Saleh & the likes of him & thus the very foundation of the government of the past 19 years was built on corruption & corrupt practices. Almost everyone with links to foreigners had impunity & did whatever they wanted to do,” a Taliban official Twitter handler said. He said 90 percent of Afghans are living below the poverty line but the majority of westerners are glorifying men like Amrullah Saleh who stole everything from Afghans and want them to be included in the government.

“Well that’s not gonna happen. Shame on all those supporting Saleh and others like him,” he said, demanding the establishment of a truth and accountability commission in Afghanistan to take those to justice who ruined Afghanistan and looted its wealth. He urged the International Criminal Court (ICC), which is fighting impunity for war crimes, crimes against humanity, genocide and aggression, to look into the matter and issue arrest warrants for the criminals who ruined Afghanistan in the past 19 years.

“All of the senior officials & ministers in Karzai/Ghani administrations had no wealth or anything inherited by them from their fathers. They become millionaires because they looted foreign aid money & bought luxury villas in Dubai etc” he said.