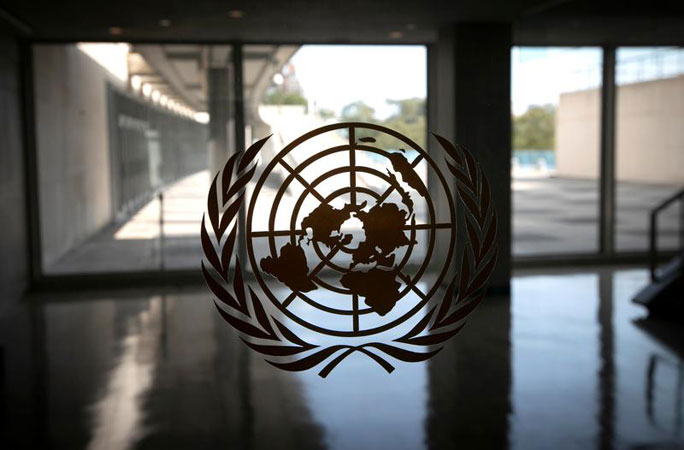 Civilian casualties in Afghanistan in the first half of 2021 reached record levels, including a particularly sharp increase in killings and injuries since May when international military forces began their withdrawal and the fighting intensified following the Taliban’s offensive.

In a new report issued on Monday, the United Nations warned that without a significant de-escalation in violence Afghanistan is on course for 2021 to witness the highest ever number of documented civilian casualties in a single year since the United Nations Assistance Mission in Afghanistan (UNAMA) records began.

The Taliban quickly rejected the UNAMA civilian casualty report as “biased and far from reality.”

UNAMA’s Afghanistan Protection of Civilians in Armed Conflict Midyear Update 2021 has documented 5,183 civilian casualties (1,659 killed and 3,524 injured), a 47 per cent increase compared with the same period in 2020.

Of serious concern is the acute rise in the number of civilians killed and injured in the period from 1 May, with almost as many civilian casualties in the May-June period as recorded in the entire preceding four months, according to the report.

“I implore the Taliban and Afghan leaders to take heed of the conflict’s grim and chilling trajectory and its devastating impact on civilians. The report provides a clear warning that unprecedented numbers of Afghan civilians will perish and be maimed this year if the increasing violence is not stemmed,” said Deborah Lyons, the Secretary-General’s Special Representative for Afghanistan.

The UN envoy, who is also the head of UNAMA called on the Taliban and Afghan leaders to, “Intensify your efforts at the negotiating table, stop the Afghan against Afghan fighting. Protect the Afghan people and give them hope for a better future.”

Much of the battlefield action during the most deadly months of May and June took place outside cities, in areas with comparatively low population levels. The UN is gravely concerned that if intensive military action is undertaken in urban areas with high population densities, the consequences for Afghan civilians could be catastrophic.

“The pursuit of a military solution will only increase the suffering of the Afghan people,” the report says.

The UN reminded the parties of their obligations under international law to protect civilians, and in particular highlighted their stated commitment to do so, most recently expressed in the joint statement issued on 18 July 2021 by representatives of the Afghan government and the Taliban in Doha, Qatar, when they agreed to prevent harm to civilians.

“Particularly shocking and of deep concern is that women, boys and girls made up close to half of all civilian casualties in the first half of 2021. Comprising 46 per cent of all civilian casualties, 32 per cent were children – 1,682 in total (468 killed and 1,214 injured) and 14 per cent were women – 727 in total (219 killed and 508 injured). It is sickening to report that more women and more children were killed and injured than ever before recorded by UNAMA for the first half of any calendar year,” the report says.

The anti-Government Elements (AGEs) were responsible for 64 per cent of the total civilian casualties: 39 per cent by Taliban, nearly nine per cent by Islamic State-Khorasan Province (ISIL-KP), and 16 per cent by undetermined AGEs.

Pro-Government Forces (PGFs) were responsible for 25 percent of civilian casualties: 23 per cent by Afghan national security forces, and two per cent by pro-Government armed groups or undetermined PGFs.

UNAMA attributed 11 per cent of all civilian casualties to ‘crossfire’ during ground engagements where the exact party responsible could not be determined and other incident types, including unattributable unexploded ordnance/explosive remnants of war.

The leading causes of civilian casualties in the first half of 2021 were the extensive use of improvised explosive devices (IEDs) by AGEs, ground engagements between parties, targeted killings by AGEs, and air strikes by the Afghan Air Force.

Mujahid said in a statement the Kabul administration, on the contrary, has carried out indiscriminate mass bombings, artillery attacks and raids on populated areas deliberately targeting civilians, destroying hundreds of homes, bazaars and public infrastructure, and martyring and injuring thousands of civilians including elders, children and women.

“It is possible that old unexploded ordinances could have caused a limited number of civilian casualties, however this can never be classified as deliberate action but are accidental and unintentional events,” he said.