Pakistan has no right to call for inclusive govt: Taliban leader 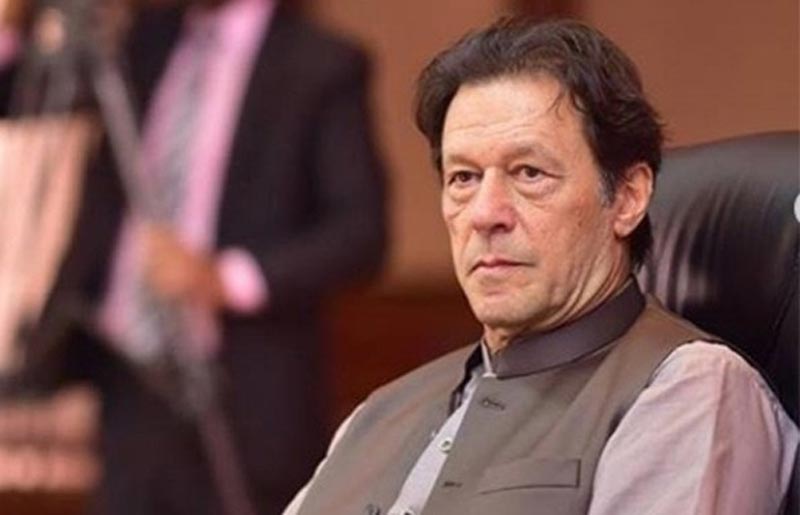 A Taliban leader on Sunday said that Pakistan or any other country has no right to ask the Islamic Emirate to establish an ‘inclusive’ government in Afghanistan.

The Taliban’s Islamic Emirate has not officially commented on Prime Minister Imran Khan’s remarks wherein he said he has opened negotiations with the Taliban for an inclusive government, which would include Tajiks, Hazaras and Uzbeks also.

Zabihullah Mujahid, Taliban spokesman and deputy information minister in the cabinet, evaded comments when Daily Times approached him for his reaction. He only said that he is ‘collecting information’.

Taliban leader Mohammad Mobeen, however, told Afghanistan’s Ariana TV in a debate on Sunday, “We do not give the right to anyone to call for an inclusive government. Does the inclusive government mean that the neighbours have their representatives and spies in the system?”

“This system is inclusive even if someone likes it or not. We have got freedom. Like Pakistan to decide its own system, we have the right to have our own system,” he added.

Like Mobeen, several Taliban leaders have earlier stated that their current government is an inclusive government as Tajiks and Uzbek are part of the cabinet and that more people would be inducted later.

Mobeen’s statement is a strong indication that the Taliban are in no mood to accept calls for such a government which has representations of other groups. Taliban insist that their government is inclusive with representation of other ethnicities.

Deputy Prime Minister Abdul Salam Hanafi, an Uzbek, and Chief of the Army Staff Qari Fasihuddin Makhdoom and Qari Din Mohammad Hanif, Tajiks, are the members of the cabinet. There is no representation of the Hazara community. The Taliban describe the cabinet as inclusive, however, the world community does not accept Taliban’s this notion.

On Saturday, Prime Minister Imran Khan tweeted that after meetings in Dushanbe with leaders of Afghanistan’s neighbours and especially a lengthy discussion with Tajikistan’s President Emomali Rahmon, he has initiated a dialogue with the Taliban for an inclusive Afghan government to include Tajiks, Hazaras and Uzbeks. “After 40 years of conflict, this inclusivity will ensure peace & a stable Afghanistan, which is in the interest not only of Afghanistan but the region as well,” Khan said in another tweet.

The Taliban announced an entirely male interim cabinet on Sept 7, nearly three weeks after they took control of capital Kabul and declared the country an ‘Islamic Emirate’ and their chief Sheikh Haibtaullh as ‘Ameer ul Momineen’. A UN Security Council last year and the Troika Plus – the US, China, Russia and Pakistan – had opposed restoration of the Islamic Emirate.

The new government is made up of Taliban leaders and some are on the US wanted list for attacks on US-led NATO forces in 20 years.

Mullah Hassan Akhund, one of the Taliban movement’s founders, was appointed as head of the government.

The Taliban have rejected world’s appeals for establishment of an inclusive government as they insist there is no space for those who have served in governments over the past 20 years. Besides Pakistan, major powers have been pressing the Taliban to include other ethnic communities that would be considered a positive move by the Taliban and might help them win international recognition. No country has so far indicated to accord recognition to the Taliban administration, who argue that they have taken control of Afghanistan militarily and not through political agreement.

The Taliban struck a landmark deal with the United States in Qatar in February 2020 on withdrawal of foreign forces. But the intra-Afghan dialogue proved to be a false negotiation process as the Taliban refused to declare a ceasefire while the government’s negotiation team seemed unwilling to show flexibility.

Taliban leaders including Anas Haqqani and his uncle Khalil ur Rehman Haqqani held talks with former president Hamid Karzai, Chairman of the High Council for National Reconciliation Dr Abdullah Abdullah and Hizb-e-Islami chief Gulbuddin Hekmatyar in Kabul last month which created an impression that formation of an interim government was the main issue during the talks. After the initial contacts between the Taliban and political leaders, there had been no more meetings between the two sides.

The Taliban are struggling how to accommodate other senior and influential leaders in the ruling setup who have not yet found any place. According to an estimate, 13 members of the Taliban’s powerful “Rehbari Shura” or leadership council are out of the cabinet. Earlier, the Taliban leaders had an understanding to induct almost all shura members into the cabinet but it did not happen.