US, allies urge Taliban to end offensive, engage in dialogue 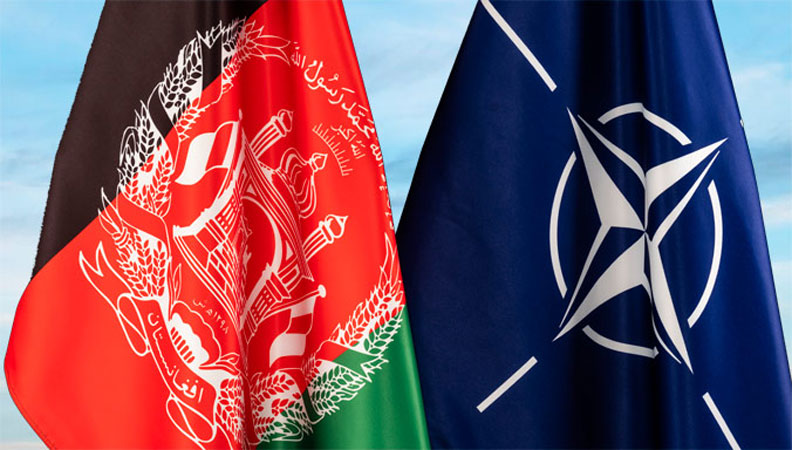 The Special Representatives and Special Envoys of the United States, the European Union, France, Germany, Italy, NATO, Norway, and the United Kingdom have called on the Taliban to end their military offensive, and on both the Afghan government and the Taliban to engage meaningfully in the peace process.

A joint statement issued on Saturday after the representatives met in Rome to discuss the situation in Afghanistan and the developments in Afghanistan peace negotiations after the latest round of high-level talks in Doha on July 17-18, 2021.

The statement from the US and its allies came amid uncertainty in Afghanistan in view of intense fighting in parts of the country and Taliban claims of controlling many areas.

Chairman of the US Joint Chiefs of Staff Gen. Milley says Taliban control 212 or 213 of Afghanistan’s 419 districts in 34 provinces.

Speaking at a briefing in Washington on July 22 that the Taliban are putting pressure on the outskirts of probably about half of the provinces and what they are trying to do is isolate the major population centers. “They’re trying to do the same thing to Kabul.”

The US and its allies called on all parties to reduce violence and protect civilians, respecting their obligations under international humanitarian law.

“We reiterate the urgency of reaching a ceasefire to ensure the success of negotiations, and we acknowledge the sacrifices of the Afghan security forces,” according to the statement.

The special representatives reaffirmed that there is no military solution to the conflict in Afghanistan, adding they do not support any government in Afghanistan imposed through military force. “We express our full support to an inclusive Afghan-owned and Afghan-led peace process with full and meaningful participation of women that leads to a just and durable political settlement,” the representatives said.

They said the people of Afghanistan have suffered for too long from conflict and that they are deeply concerned about the high levels of violence, the Taliban’s military offensive, and the number of reported serious human rights abuses and violations alleged in communities most affected by the ongoing armed conflict across the country.

They welcomed the talks between the Taliban and a high level delegation in Qatar on July 17 and 18 and also praised the declared commitment of the two sides to accelerate negotiations toward an inclusive political settlement and to meet again in the near future.

“We believe future meetings should focus on core issues that will be fundamental to reaching an inclusive political settlement.”

In another development the US fighter jets struck the Taliban positions in southern parts in support of the Afghan forces and to stop the advance of the Taliban troops. The strikes evoked strong condemnation by the Taliban. “American occupation forces carried out airstrikes in Kandahar and Helmand provinces of Afghanistan on Thursday night, which has caused casualties to civilians and some Mujahideen,” the Taliban spokesman Zabihullah Mujahid said.

Mujahid in a statement described the strikes as a “clear violation” of the signed Doha agreement that will “have consequences.”