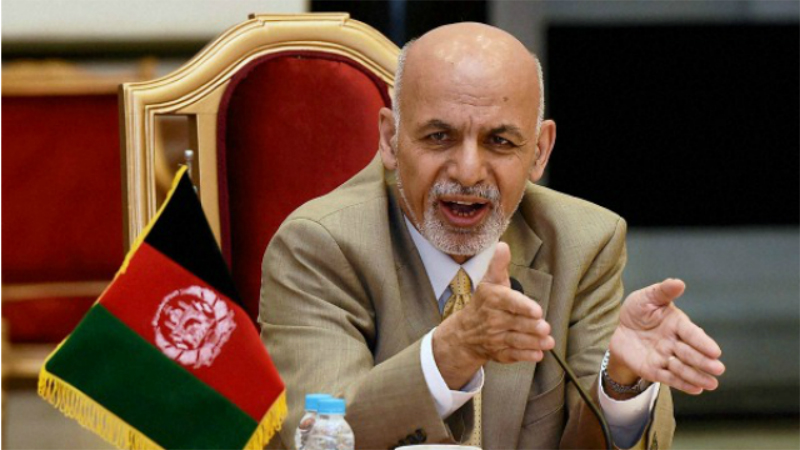 Afghanistan said late on Sunday that President Ashraf Ghani has instructed the country’s foreign ministry to withdraw diplomatic staff from Pakistan until those involved in ‘kidnapping’ of the Afghan ambassador in Islamabad are arrested and put on trial.

“Following the abduction of the daughter of Afghan ambassador in Pakistan, the leadership of the Islamic Republic of Afghanistan has recalled the Afghan envoy and other senior diplomats from Islamabad back to Kabul until all the security threats are removed,” the Afghan foreign ministry said in a statement, demanding the arrest and prosecution of the kidnappers.

Ambassador Najibullah Alikhil says his daughter was briefly kidnapped from Islamabad on Friday and beaten heavily.

“The abduction of Afgh ambassador’s daughter & her subsequent torture has wounded the psyche of our nation. Our national psyche has been tortured,” Afghanistan’s Vice President Amrullah Saleh said on Twitter.

An Afghan delegation will visit Pakistan to assess the situation after which “more steps will be taken,” Afghanistan’s foreign ministry added.

Pakistan termed the decision by Afghanistan to recall its ambassador and senior diplomats from Pakistan ‘unfortunate and regrettable’. The Foreign Office spokesman said the reported abduction and assault of ambassador’s daughter in Islamabad is being investigated and followed-up at the highest level on the instructions of Prime Minister Imran Khan. “The security of the ambassador, his family and personnel of the embassy and consulates of Afghanistan in Pakistan has been further beefed up,” he added.

Minister for Interior Sheikh Rashid Ahmed said case of alleged kidnapping of Afghan ambassador to Pakistan Najibullah Alikhel’s daughter had been registered at Kohsar Police Station in Islamabad and hopefully will be resolved within 72 hours. Addressing a press conference here, the minister shared details of the case and said a first information report (FIR) has been registered under sections 365 (kidnapping or abducting with intent secretly and wrongfully to confine person), 354 (assault or criminal force to woman with intent to outrage her modesty), 34 (acts done by several persons in furtherance of common intention), and 506 (punishment for criminal intimidation) of the Pakistan Penal Code.

Rashid said the police registered an FIR about the kidnapping incident at 2:00 am (in the morning) on the statement of daughter of the Afghan ambassador.

The minister said CCTV footage obtained by the police showed that the girl left her home on foot and arrived a market from where she hired two taxis one after the other. He said the girl hired a taxi to Khadda market (Sector G-7) and from there hired another taxi for a mall in Rawalpindi. The point is being probed by the police as how the girl reached to Daman-e-Koh from Rawalpindi, he said, adding that they have interviewed the third taxi driver as well.

The minister said authorities have also interviewed the driver of the third taxi that the ambassador’s daughter commuted, adding that she could have gone straight to F-6 but instead chosen to go to F-9 area in Islamabad.

After the assault, the minister said, the girl first went to the Ali Medical Centre and then the Pakistan Institute of Medical Sciences Hospital.

Later, while talking to a private TV channel, Sheikh Rasheed said that the incident involving the daughter of the ambassador of Afghanistan to Pakistan does not look to be an abduction. “This is an international conspiracy. An agenda of RAW,” he said.

The minister said the ambassador’s daughter had first claimed that her phone was stolen, “and later handed her phone over but with the data deleted”. He said that the CCTV footage of the time of the incident had been reviewed and it was found that there were not two, but three taxis that she had used. “She took a taxi from Daman Koh and did not return home,” he said, adding that three videos have been reviewed, whereas an attempt to acquire a fourth is being made. “The girl went from F-7 to Daman Koh and then over to the F-9 Park area,” the minister said, detailing the events of the day. He said that when the girl stepped out of the home, she walked over to Khadda Market first for shopping.

The minister said that a point in her journey, ahead of the Gakhar Plaza, is a blind spot at the moment as the authorities have not been able to obtain the footage for the area yet. “The girl also used her mobile phone internet services while at Daman Koh,” he said.