Alia Bhatt says she’s being ignored by her cat 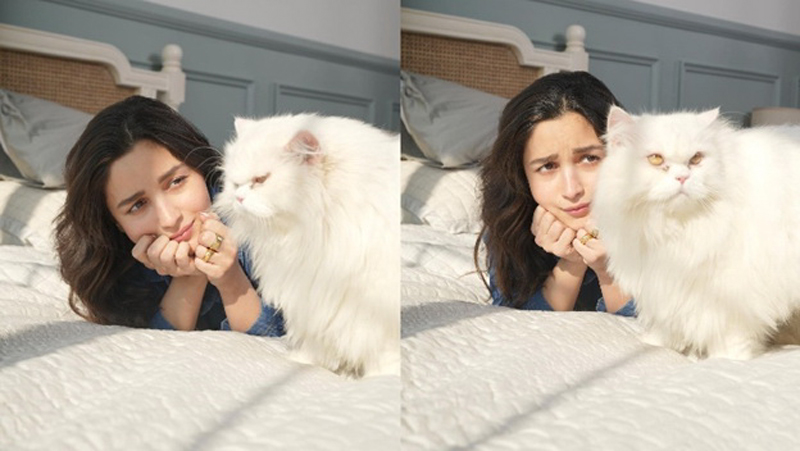 Alia Bhatt, who shares her happy Sunday pictures every week, this time feels it is not such a happy Sunday.

Taking it to her Instagram, Alia dropped her pictures while soaking the sunlight along with her cat Edward who is clearly ignoring her.

In the pictures, the Raazi actor can be seen lying next to Edward on the bed. Both seem to enjoy the sunrays falling on their faces. Alia wore a blue shirt and had a no makeup look on in the pictures.

Bhatt looks lovingly towards her cat whereas Edward can be seen looking in the opposite direction with an intention of ignoring Bhatt. The caption on the photos read: “It’s a great Sunday to be ignored by your cat. She also put a hashtag with the caption that read: “#notsohappysunday.”

Alia Bhatt and Ranbir Kapoor had a daughter on November 6. The duo named their daughter Raha. Recently during a media interaction, the couple asked paparazzies not to take pictures of their daughter as they have decided not to reveal her face for now.

Recently, the duo was also spotted making their first public with Raha as the trio went out for a walk near their house. The three of them were accompanied by Alia’s sister Shaheen Bhatt.

On the work front, Alia Bhatt will be next seen in Rocky Aur Rani Ki Prem Kahani with Ranveer Singh, reports News18.