The writer is staff member at Daily Times

The Counter Terrorism Department (CTD) claims to have arrested three suspected terrorists from Sahiwal district in a raid conducted late on Wednesday night. A spokesperson from the CTD said that after receiving information from a credible source, a team of law enforcement officials carried out the raid at the site near the bridge of 9-L […] 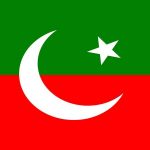 Dozens of people have been attending a camp at the Nawan Shehr Chowk on a daily basis for over a week reminding the Pakistan Tehreek-e-Insaf (PTI) government of its promise to establish Seraiki province. The camp, set up by the Pakistan Seraiki Party (PSP), will continue till November 28 – the day that marks the […] 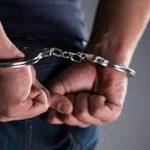 City police on Saturday arrested an elderly man for allegedly raping and cutting off genitals of a four-year-old girl. Rescue 1122 officials, after being informed by the area residents, shifted the child to Vehari District Headquarter Hospital where her condition was said to be stable. Police said that the four-year-old nomad girl (name withheld) was […] 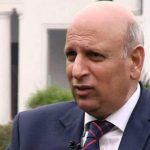 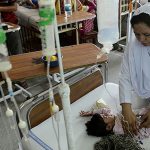 An anti-measles team was allegedly attacked by a family for conducting an “anti-Islam” activity in Shah Jamal area of Muzaffargarh district, police said Sunday. According to police, health worker Riyaz Hussain, a resident of Mauza Daanrain, submitted an application to Shah Jamal police in which he stated that he along with three lady workers went […]

Indian delegation comprising of around 60 devotees from the Rajasthan province arrived at the shrine of Hazrat Bahauddin Zakariya Multani (RA) to attend the concluding ceremony of the three-day Urs celebrations. The 779th Urs celebrations of the great Sufi saint started on Monday and concluded on Wednesday. The custodian of the shrine and current Foreign […] 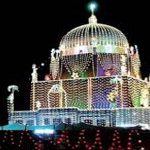 The three-day Urs celebrations of the great saint of subcontinent Hazrat Bahauddin Zakariya Sohrawardy Multani (RA) commenced at Multan on Monday. Foreign Minister Makhdoom Shah Mehmood Qureshi, the caretaker of the mausoleum, performed the ablution of the mausoleum of the holy saint and also laid a wreath of flowers on the grave. Hundreds of devotees […] 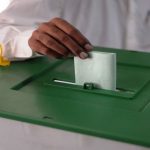 MULTAN: All the arrangements of by-elections in southern Punjab districts Dera Ghazi Khan, Muzaffargarh, Rahimyar Khan and Multan have been completed. The by-elections will be held on October 14 (today) throughout the country. The polling material has been distributed at all the polling stations of southern Punjab under the supervision of armed forces. Dera Ghazi […]

MULTAN: Local police has arrested a suspect on Tuesday who allegedly killed his wife, daughter and son on the directives of fake faith healer in Kabeerwala, sub district of Khanewal. According to the Sadar Police, Shaukat Ali, a resident of village Mahni Syal in Kabeeerwala, allegedly beheaded his wife and attacked his two sons and […] 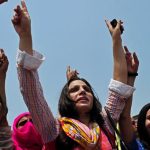