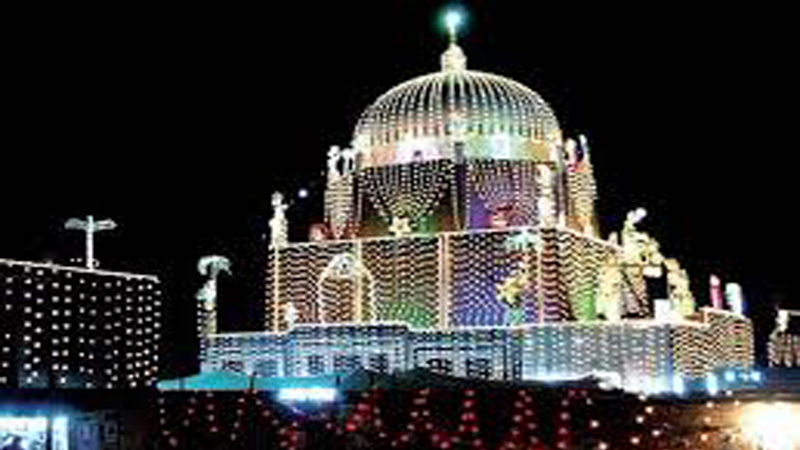 Foreign Minister Makhdoom Shah Mehmood Qureshi, the caretaker of the mausoleum, performed the ablution of the mausoleum of the holy saint and also laid a wreath of flowers on the grave. Hundreds of devotees from length and breadth of the country reached Multan to celebrate the 779th Urs celebrations of the great saint.

After the holy bath, Shah Mahmood Qureshi presided over the first session of the National Zakariya Conference, organized by Pakistan Zakariya Academy and Auqaf Department at the courtyard of the shrine. While addressing the conference, Shah Mahmood Qureshi said that the teachings of Hazrat Bahauddin Zakariya (RA) provide guiding path for people all over of world. By following the teachings of the great sufi saint, we can promote brotherhood, equality and religious harmony in our country, said Qureshi. He further said that all the negative attitudes including intolerance, extremism and hatred can be eliminated from the society if the teachings of Hazrat Bahauddin Zakariya (RA) were followed.

Every year hundreds of devotees come here to seek spiritual peace and tranquility, said Qureshi. He also prayed for the peace and prosperity of the country. Qureshi further said that there is a dire need to spread the teachings of sufi saints to get rid of terrorism and extremism in Pakistan.

The Deputy Commissioner (DC) Multan Mudassir Riyaz said that strict security measures have been taken for the security of devotees and security has been put on high alert. While talking to the media, he said that heavy contingents of police were deployed at Fort Qasim and its surroundings. He said that more than 35 close circuit television cameras were installed to monitor the security situation of inside and outside the shrine during the Urs celebrations. He further told that transport and food arrangements are also made for the devotees and a public holiday is announced on October 17, at the concluding day of Urs. He further told hat a search operation was also conducted at Fort Qasim a day before the Urs .

The concluding ceremony of the three-day Urs will be held on October 17 (Wednesday).