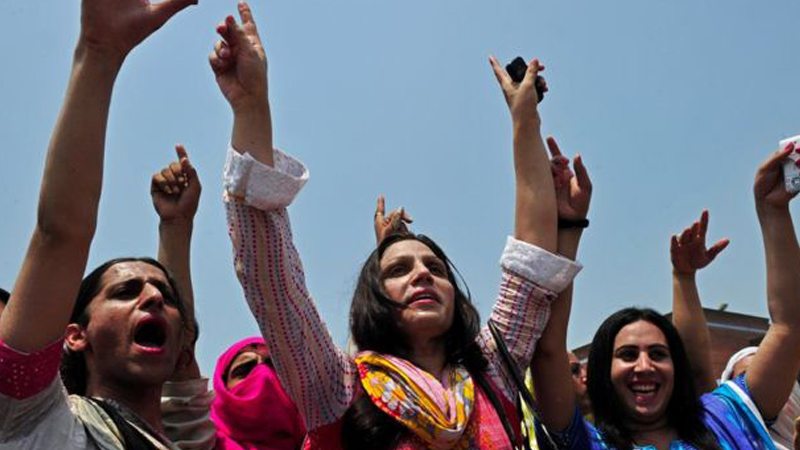 Guru Shahid Resham, the leader of the transgender community, will contest election on the seat of provincial assembly that lies vacant after the disqualification of Salman Naeem in PP-217. Hundreds of transgender community members attended the session chaired by Guru Shahid Resham in which he announced that he would contest polls against all the candidates including the incumbent foreign minister Shah Mahmood Qureshi.

The members of transgender community including Rubi, Shabbana, Jan Chauhdry and others announced that they would collect funds collectively to bear the expenditure of the political campaign. They also said that they would go from door to door in their constituency to ask for the votes.

Salman Naeem was disqualified by the Election Commission of Pakistan (ECP) on October 1 for not meeting the age-limit for contesting the elections. The petition against Salman Naeem was filed by the PTI member Sheikh Mohammad Tahir, Chairman UC-47. Sheikh Mohammad Tahir said that if he was given ticket by the Prime Minister Imran Khan, he would contest the election in PP-217. He further denied all the allegations of vengeance as leveled by Salman Naeem. He denied all the allegations of involvement of Shah Mahmood Qureshi in this case and said that Salman Naeem was disqualified for mentioning wrong age and hiding his assets. He further said that the disqualification was not related to Shah Mahmood Qureshi or Jahangir Tareen.