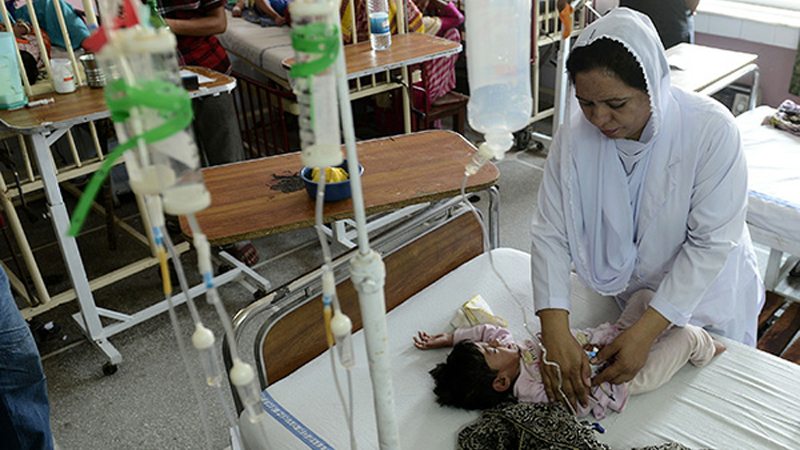 An anti-measles team was allegedly attacked by a family for conducting an “anti-Islam” activity in Shah Jamal area of Muzaffargarh district, police said Sunday.

According to police, health worker Riyaz Hussain, a resident of Mauza Daanrain, submitted an application to Shah Jamal police in which he stated that he along with three lady workers went to Basti Gazar to administer anti-measles vaccine to children below seven years of age.

When the team reached the house of Abdur Rehman to administer anti-measles vaccine, he started beating them and threw their kit. “They also torn my clothes, kicked lady health workers out of his house and accused us of promoting anti-Islam activities,” Riyaz said.

“Abdur Rehman said that the vaccination was made by non-Muslims and thus it was haram (forbidden). He termed it a conspiracy against Muslims. Police registered a case against Abdur Rehman and his brother Ramazan.”

Naseem Bibi alleged that Fiyyaz harassed her at the workplace on October 18 and when she refused he pulled the victim’s hair and slapped in her face.

A number of lady health workers staged a protest in front of office of Muzaffargarh chief executive officer (Health) the same day and demanded strict punishment for Fiyyaz.