The writer is a retired brigadier of the Pakistan army 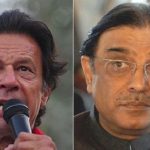 The latest election of Chairman and Deputy Chairman Senate has made history in many ways.It has been an exception in brilliance in our otherwise dull and devious political landscape; barren and so base that it is impossible to find any instance of honourable conduct or principled stance in its entire history. There is not a […] 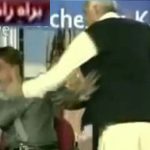 One cannot but admire and be heartily thankful for the immense liberty of expression and vast readership provided by the social media, particularly to those who are suffering from state, corporate, clerical, sectarian or simply social or dogmatic oppression. It undertook the fights for causes that traditional media either failed or shied away from picking […] 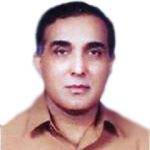 Little Zainab has needlessly lost her life at the hands of maniac. This is not the first incident of its kind. Thousands of innocent women and children in Pakistan have died just as needlessly. Some, by lusting men. Others, because of neglect and greed. Most have been killed because of because of hubris of power […] 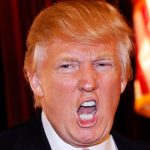 A ‘trapeze’ is a familiar circus gadget for certain entertaining acrobatics and unusual athletics. It normally is a part of a larger circus where trained animals show their skills and other men and women sing, dance, mimic, play the silly floor clowns and as stuntmen. In short, it is a reasonably wholesome entertainment. But if […] 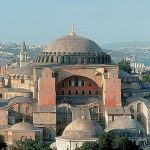 The Hagia Sophia was built in 537AD as a grand Orthodox Christian basilica in Istanbul and remained so till the Ottoman conquest in 1453 when it was converted into a mosque. It was secularized to become a museum in 1935 by Kemal Ataturk which it remains so today. The imperial grandeur of this imposing but […]

On 23rd June, a traffic sergeant on duty at an intersection in a posh locality in Quetta was run over by a speeding Land Cruiser in broad day light. There could be one or three reasons for this wilful murder; the driver was either drunk or he could not care less who he hit, or […]

On June 14, Islamabad was buzzing with foreboding and dark expectations. Ruling party’s town criers were predicting and promising doom. On June 15 PM Nawaz Sharif was to appear before JIT for criminal investigation against him for funnelling off huge amounts of money out of country illegally. They also grilled him for the inexplicable but […]

From time to time, Pakistan has been hit by floods,famine,earthquakes,failed monsoons,locust and human-made disasters like war,and sectarian militancy.Al-Qaeda and all varieties of terrorism that followed were a direct corollary of the Afghan jihad, solely set up and nursed by the US against the Soviet Union.ISIL isa blood cousin of Al-Qaeda;set up by the US and […]

On 12 April 2017, humanity, a man’s right to life and belief and the passage to peaceful disagreement and constructive dissent, were annihilated in Wali Khan University, Mardan as the mob smoked out, chased and lynched Mashal Khan. They shot him, drilled screwdrivers into his skull and mutilated his dead body in a frenzy […]

The other day while reading irrepressible Arunadhati Roy’s very substantive compilation The Hanging of Afzal Guruand the Strange Case of the Attack on the Indian Parliament(December 2001), I came across Shudhabrata Sengupta’s masterpiece called Media trials and Courtroom Tribulations; a Battle of Images,Words and Shadowswhich reflects directly but unfavourably upon the controversial special court trial […]