A taste of their own medicine

Sadiq Sanjrani deserves what he got.His test will lie in how he retains and uses his support in the Senate in future

The latest election of Chairman and Deputy Chairman Senate has made history in many ways.It has been an exception in brilliance in our otherwise dull and devious political landscape; barren and so base that it is impossible to find any instance of honourable conduct or principled stance in its entire history. There is not a single example where some leader of consequence had bowed out on principle or accepted the responsibility of a major failure under his charge and resigned.

For the first time, Chairman Senate has been elected from Balochistan, a political backyard of the country quite undeservingly neglected for long. The ruling party with a majority in both the houses failed to capture both slots this time in the face of determined opposition. It was a stunning defeat which will haunt the PML-N and its allies for a long time. The PML-N’s arrogance of numbers and dereliction of state power met its match from a puny little provincial assembly and its dour looking young MPAs from Balochistan. Together they made the self-confident controllers of state power look down. This is how it might appear to a casual observer. However, there is much more to it than what meets the eye. It was a culmination of a series of well-timed and intelligent moves made by a nimble dancer on our political stage: Asif Ali Zardari.

First on the merit list is the political acumen and Machiavellian ability to manipulate power strings by Zardari. Despite all his shortcomings, this man almost singlehandedly, and with a great sense of the moment, turned the tables on disoriented Nawaz Sharif. He had announced nearly a year ago that he would not let the PML-N carry the Senate away next time around. So he did. His astuteness can be judged from his perfect timings. He manufactured a rebellion in PML-N dominated Balochistan Assembly just in time, won over the rebels to his side and retained their crucial support during Senate elections. He is likely to retain their loyalty in future too.

Zardari lured his arch-rival PTI masterfully to place its senators at the disposal of CM Balochistan. Although Imran Khan claimed to have played his own game smartly, it needs to be remembered that Zardari was the one who spread the chess board and offered possibilities. After this, he turned to the smaller parties and collected their support, which was disregarded as small change by power rich PML-N, albeit to their lasting regret. His skilful window dressing coupled with fabulous disarray in PML-N power structure attracted disenchanted votes from within that party also.

Although Imran Khan claimed to have played his own game smartly, it needs to be remembered that Zardari was the one who spread the chess board and offered possibilities

The second best turned out to be ever miss-stepping and faltering PTI. For the first time and with a rare finesse, it joined hands with Balochistan rebels. That tilted the scales decisively against the PML-N. Thus PTI killed many birds with one stone. It completely unbalanced the PML-N’s political strategy won over public sentiment in Balochistan and reasonably recovered its waning political credit in the KPK. In the bargain, they got their nominee elected as the Chairman. This is an inexplicable rather unexpected stroke of political genius from a hot-headed party still engaged in repetitive agitations.

The trophy, indisputably, has been lifted by young colts like Sarfraz Bugti, Quddus Bizenjo and Anwar ul Haq Kakar from Balochistan. Despite being regarded as political novices and virtual non-entities, they have delivered a crushing defeat upon hard crusted and so-called experienced PML-N leadership. Sadiq Sanjrani deserves what he got. His test will lie in how he retains and uses his support in the Senate in future. One thing is sure; he looks like a regular person, far less conceited and even lesser full of himself compared to his predecessor. If appearances are anything to go by, Sanjrani may turn out to be more substantial and well poised than the dramatic Rabbani. At least, he would not be oblique. 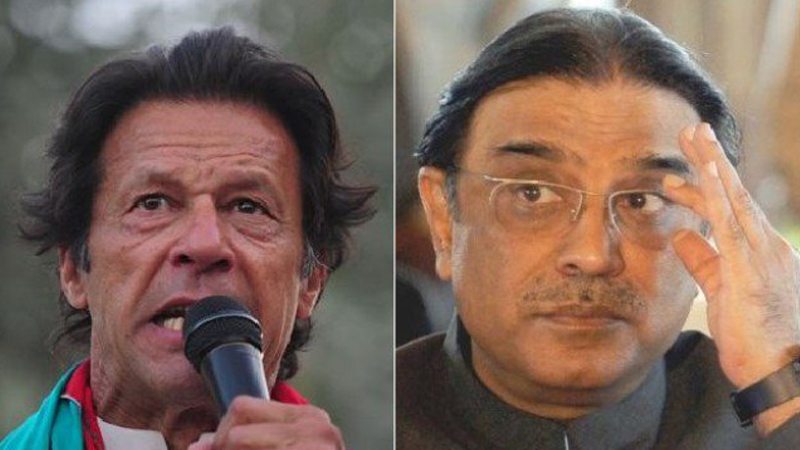 He has to be mindful that his fellow Senators from his home province Mehmood Achakzai and Hasil Bizenjo are wily men and vengeful too. They have suffered a serious loss of face and a grievous blow to their undisputed power and can harbour plenty of bile. Sanjrani will have to depend more on his ancient tribal wisdom and customs when dealing with such shifty characters. These men specialise like their co-passenger Fazalur Rehman in turning the way the wind blows. Of the three, Achakzai is more predictable as his tribe has alwaysusedits location astride the strategic route connecting Afghanistan with the Indian subcontinent via Kandahar to fill their money bags.

It is doubtful if Nawaz Sharif camp will learn any lessons, as they run out of their depth very quickly. This time, they are also wounded. Therefore, will take a bite at any heel in their range. Their hysteric harangue has already started and is foaming badly at the mouth. Reeling with ill-deserved power and money Nawaz Sharif clan forgot that courtesy never loses and arrogance never wins. They will soon be a minor footnote on history’s back page.

However, they have abundant card sharpers who are capable of introducing harmless looking but deeply divisive issues into the Senate proceedings. That must be watched very carefully. One must understand that they have irreversibly slid to the edge of the cliff and would prefer to take the entire system to the floor of destruction below. Politically, it is the Senate which can prevent this collective madness. Chairman Sanjrani has his job already cut out for him. Godspeed.