Our depleted sense of heritage

Amidst the chaos of managing busy schedules for meetings, project goals, and deadlines, one tends to underestimate the value of ‘strategic time out’ 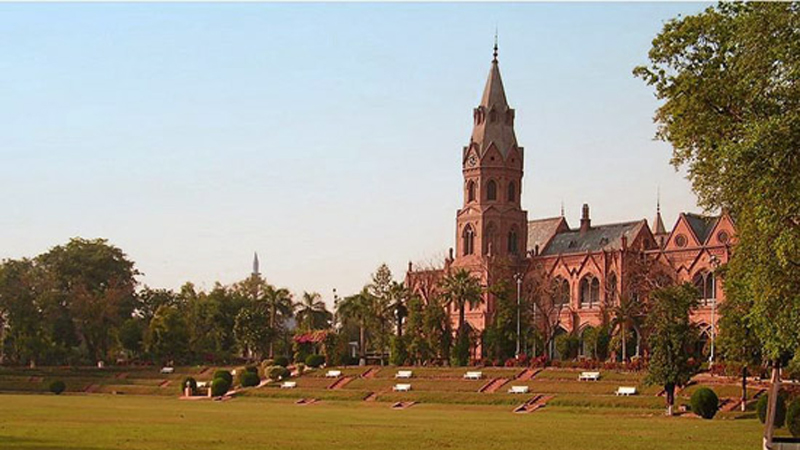 Amidst the chaos of managing busy schedules for meetings, project goals, and deadlines, one tends to underestimate the value of ‘strategic time out’, even if it is only for few days.

It is like a relentlessly spinning concrete mixer which disfigures, obliterates and converts into grey puree anything which is poured into it. I, too, took a leave of this mechanical equaliser and was in Lahore the other day to attend a wedding along with my family. A hidden motive also was to take my grandson to historic monuments and let him have a first-hand feel of the grandeur of our past, particularly that of the splendid Mughal rule followed by the Sikh Empire of Punjab.

Though colonial but British left behind certain very graceful structures like the Government College Lahore, Museum, High Court, GPO, Aitchison College and the Governor House. There also were men and women from the masses who bequeathed to Lahore great works of public welfare like Sir Ganga Ram Hospital , Lady Wellington Hospital and more.

Then there was the other and very humane side of our golden past, of which Data Ganj Bakhsh is the brightest star followed by great saints like Mian Mir, Shah Jamal and many more whose tombs dot Lahore’s urban landscape like pulsating nodes of interminable pilgrimage activity. These sages sowed the lasting seeds of harmony, peace and tranquillity in a society badly bruised by wars and large scale plunder. The Lahore that we live in today would have been woefully sadder and much less glamorous but for these powerhouses of serenity.

In fact I had a feeling that the young lad knew lot more about video games, computers, IPod, X Box  and PS 4.That one thought was fair but he needed to know something more important, which I thought was an introduction to our proud heritage. My aim was to link and plant him into our soil so that from that firm anchor he could go on to conquer any horizons he liked with a unique pride of the one from a great and noble heritage.

My aim was to plant him into our soil so that he could grow from a firmer anchor and roots, and conquer any horizons he liked with a unique pride of great and noble heritage. But the real ordeal started once we began our ‘sentimental pilgrimage’

So much for the noble intentions to be one with our great past, but the real ordeal started once we began our sentiments pilgrimage. Lahore, as you would know, is an unmitigated traffic mess and what was left had been consumed by mushrooming metro and Orange train dragon tracks which have embellished and mutilated the face of Lahore at the same time.

Their prestige value and passenger convenience is undoubted but the city’s historic ambience, memories and affiliations of thousands upon thousands of natives and visitors’ hearts they destroyed in the process is unfathomable. Even that atrocity is acceptable for the sake of progress and modernization but all this must be done sensibly and with sensitivity, that refined feeling is conspicuously and in some cases irreversibly missing in this case.

We started off from the Cantonment and soon decided to follow Google navigation and rightly so. The horror we navigated was a sea of traffic, rubble, sweating swearing humanity and utter mismanagement almost every inch of the way the moment we crossed the Cantonment limits. But for Google’s kind guide we could not have made it to Lahore Fort through that impassable mass of men and vehicles.

Google took us to the wrong gate and we decided to switch it off. That inappropriate surge of disgust cost us dearly. We literally got lost in the hopeless maze of fly overs zig zagging over each other going everywhere but the Fort. We dipped and rose as we drove, and on every rise of the fly over glided past the Fort helplessly till re-enveloped by the yawning passage below.

Helter skelter we finally made it to the parking. That is where one realized that during the entire running battle on road right upto the Fort gate there was not a single road sign indicating which way to turn for the Fort, Pakistan Monument, Shahi Masjid or Ranjit Singh’s Tomb. It is strange but not quite.  Why? We will come to that later.