Sometimes it becomes difficult to distinguish which out of Trump and Kim is more deranged. Given an equal scale, Trump turns out to be a far greater danger to humanity than anyone else

A ‘trapeze’ is a familiar circus gadget for certain entertaining acrobatics and unusual athletics. It normally is a part of a larger circus where trained animals show their skills and other men and women sing, dance, mimic, play the silly floor clowns and as stuntmen. In short, it is a reasonably wholesome entertainment. But if all this is pounded into one monstrous jester who is capable of trapeze, stunts, sing, dance and jump about like a red bottomed ape, it could be simply called as Trumpeze, which means a trapeze by Trump.

Do not be alarmed at this strange American amalgam as they have elevated a Bohemian as their president fully knowing the reality about him. American College Dictionary defines a Bohemian as “a person with artistic or intellectual tendencies, who lives and acts with no regard for conventional rules of behaviour”. Second half of the definition suits him better than the firstt.

The Americans have probably gotten so used to their digital gadgets, laptops and internet virtual surround, that electing a president seemed a side engagement if not distraction but definitely not the best choice. They have been paying for this grave oversight for the last one year.

The US is slowly but visibly emerging as an ill-mannered and brazen bully in the world. Sometimes it becomes difficult to distinguish which out of Trump and Kim is more deranged. Given an equal scale, Trump turns out to be a far greater danger to humanity than anyone else. A man who weighs his foreign relations in dollars, treats his nukes as nine pins and calls international leaders and nations filthy names cannot be considered sane.

The US president must also be aware that his favourite surrogate Ashraf Ghani’s government
has entered a written agreement with LeI’s Mangal Bagh for basing, weapons and impunity from action by Afghan security forces in return for terror strikes against Pakistan

Even the worst form of an ingrate would not turn his back on a country which helped defeat a rival super power, the way Pakistan did for the US. Trump’s priority is not diplomacy and lasting relations with nations. He also does not take any sane advice nor likes to properly bake his strategic decisions. He is essentially a petty minded businessman who likes to makes quick profit and then decamp regardless. This mentality is ingrained in his DNA but is destroying his nation.

As a result of Pakistan’s successful military operations against terrorists in FATA and smoking out their facilitators in urban areas, many have escaped to safe havens in bordering regions of Afghanistan like Nagrahar, Kunar, Paktia and Paktika. Would the honourable President tell us why US officials in Kabul pay regular salaries to Mangal Bagh and his Lashkar e Islam (LeI) terrorists who come and launch attacks inside Pakistan? LeI is one of the most pugnacious terror entities after Jamaatul Ahrar (JuA), both co located and sheltered in Nangrahar. 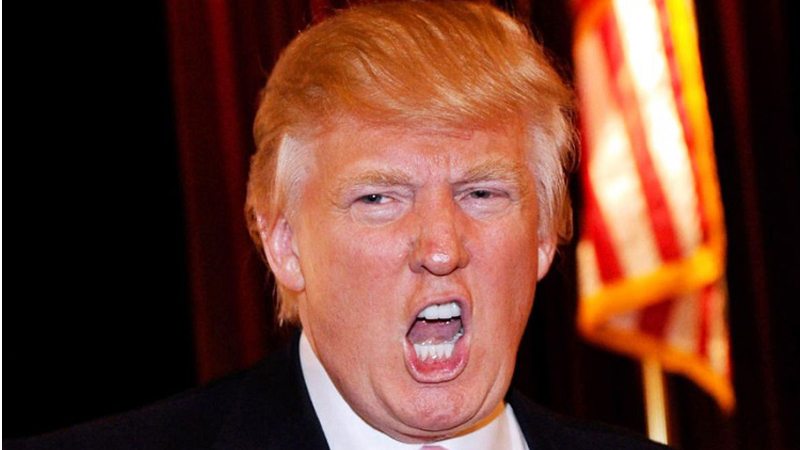 The US president must also be aware that his favourite surrogate Ashraf Ghani’s government has entered into a written agreement with LeI’s Mangal Bagh for basing, weapons and impunity from action by Afghan security forces in return for terror strikes against Pakistan. Would Mr Trump also kindly apprise why unmarked US helicopters lifted war materials and alien fighters from Bagram and Jalalabad bases for consecutive nights to Islamic State (IS) locations in Nangrahar and that why the IS has been grafted into strategically significant  Eastern and North Western Afghanistan? These bases have a direct bearing over CPEC, Pakistan, China, Central Asia and on to Russia. Incidentally, Trump might not know that an Afghan MP was in direct contact with 2014 attackers of Army Public School Peshawar while they gunned down 235 school kids, passing on information to and instructions from Indian Consulate Jalalabad and Nangrahar terrorist control centre. After the massacre, he went over to Jalalabad Consulate to celebrate success where US handlers were also present with their bottle of champagne.

Honestly, Mr president, your advisers like Bruce Reidal and Christine Fair, paranoid men like Mcmaster, Mattis and Amazons like Nikki Haley, Liza Curtis and Alice Wells are leading you and the Americans into a nightmare of confrontation where actually engagements can work. They know very well your woefully deficient ability in strategic thinking and very short span of attention. Therefore, they are leading you by the nose. They have pulled you down to the level of robotic Kim of North Korea, into the dusty lanes of Ghaza and history’s junkyard Afghanistan already. They now conspire to pitch America against its largest business and trade partner China and impact her global trade and connectivity initiative OBOR. That will be an unmitigated global disaster.

There can be no dearth of those around you who wish to see this planet go up in smoke but a precious few can wish you and the American people well like Pakistanis if you befriend and respect them. Coercion has never been an option to deal with Pakistan. Holster your gun, pocket your wallet, extend a genuine hand of friendship and then see the miracle. After all for your rapprochement with China, did Pakistan ask to return the great favour in any manner? Meanwhile, tell your bouncers in the US and in the region to stop rattling Pakistan.