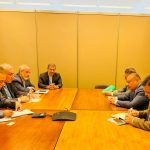 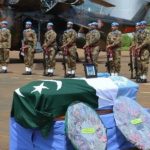 KARACHI: Prime Minister Shehbaz Sharif on Friday said the multi-dimensional cooperation between Pakistan and Turkey in the areas of defence, foreign policy and public welfare was touching new heights of friendship for the benefit of the two peoples. Addressing here at the launch of PNS BADAR – the third ship under the framework of Turkey’s […] 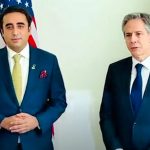 NEW YORK: On Wednesday night speaking at a dinner hosted by Ambassador Munir Akram, Foreign Minister Bilawal Bhutto Zardari said that the Pakistan government’s top priority is to address the country’s serious economic challenges. He said that Pakistan hopes to meet those challenges through strengthening cooperation with all development partners and fraternal Islamic countries. Among […] 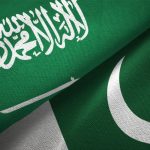 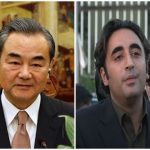 BEIJING: Chinese State Councilor and Foreign Minister Wang Yi has congratulated Bilawal Bhutto Zardari on taking oath as the new Foreign Minister of Pakistan. In a message sent on April 29, Wang Yi said that China and Pakistan are all-weather strategic cooperative partners. He said the China-Pakistan friendship, under the careful nurturing of successive leaders […] 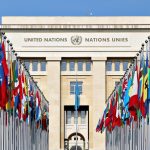 Pakistan has called on the United Nations to take steps to counter the growing phenomenon of Islamophobia which has emerged as a new form of racism, characterized by hate speech, discrimination and violence against Muslims. “Islamophobia is a reality,” Pakistani delegate Mariam Shaikh told the Committee on Information, a subsidiary body of the UN General […] 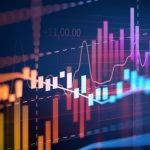 Asian markets rallied Thursday following a Wall Street surge after the Federal Reserve played down chances of a huge interest rate hike in the near future, while oil extended gains as the European Union moved to ban imports from Russia. US central bank officials announced an expected half-point lift in borrowing costs — the biggest […] 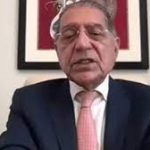 NEW YORK: Pakistan’s Ambassador to the United Nations, Munir Akram, has extended his “warmest” greetings to the members of the UN community as well as Pakistani-Americans on the occasion of Eid-ul-Fitr”, with a call for supporting the people suffering under foreign occupation like those in Kashmir and Palestine. In a message released by the […]