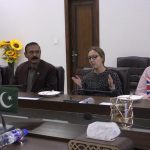 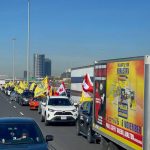 TORONTO:  Over 8000 Sikhs participated in “1984 Sikh Genocide” Remembrance Truck and Car Rally organized by the secessionist group Sikhs For Justice (SFJ) which at one point brought the traffic to standstill and blocked the highways leading to Toronto downtown. The main highway and dozens of linked roads were choked as hundreds of iconic Canadian […] 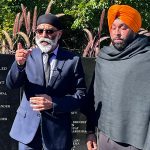 TORONTO: The Narendra Modi government has served a demarche to the Justin Trudeau government asking it to stop the Khalistan Referendum organized by pro-Khalistan secessionist group Sikhs For Justice (SFJ) in Ontario on November 6. The demarche was served to a senior official of the Canadian High Commission in India by a senior Ministry of External […] 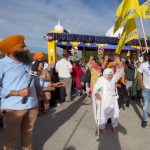 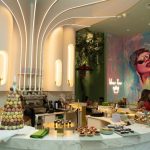 LONDON: Celebrity Pakistani Forbes-celebrated chef Zahra Khan who started with almost nothing in London after graduating from Gordan Ramsay’s culinary academy has opened her new trendy café restaurant at one of the most sought-after and historical landmarks at London’s Marble Arch and Edgware Road junction. Originally from Lahore, Zahra Khan has opened the third outlet […] 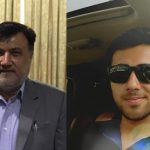 The Karachi police has conducted raids at three places in the city to arrest Muhammad Rafiq Bhojani, his son Zain Abbas Bhojani, Anis Abbas and nephew Muzammil Bhojani on the complaint of Pak China Fertilizers Limited for fraud and theft. The raids were carried out at Bhojani’s house located in Sunset Defence, Karachi, and at […] 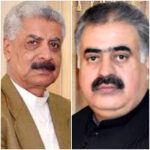 LONDON: ARY Network is secretly plotting to return to the UK market few weeks after it was banned by the media regulator Office of Communications (Ofcom) over violation of broadcasting codes. The channel has lost £3 million defamation to Geo and Jang Group’s Mir Shakil-ur-Rehman over defamation campaign and had gone into liquidation before the […]