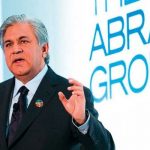 LONDON: Abraaj CEO and group founder Arif Naqvi is still awaiting the outcome of his appeal against the decision by the Westminster Magistrates’ Court to allow his extradition to the US but two of his senior managing partners Egyptian-born Mustafa Abdel Wadood and Sri-Lankan born Sev Vettivetpillai have now admitted guilt to most of the […]

The Punjab Food Department has set a target of purchasing 3.5 to 5 million metric tonnes of wheat across the province including Faisalabad this year while the price of wheat will stand at Rs 1,800 per 40 kg. Farmers will be paid cash on 10 tonnes of wheat while payments on purchases of more wheat […]

Three persons (including a shopkeeper and two passersby) were killed during firing between the shopkeepers and some accused customers in Subeydar Bazaar Daska city here on Thursday. Some accused went to the shop of Naseer Ahmed and purchased some garments from there. Later,they tried to change some of the garments forcibly. Later, they opened fire […]

The police teams, led by Tando Bago Police Station SHO Mehmood Khan, recovered as many as 26 stolen camels in Peengharo area near Tando Bago town of Badin district on Thursday. The SHO talking to the local journalists claimed that the police team on the tip-off chased the six unidentified thieves but the alleged lifters […]