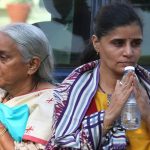 ISLAMABAD: As Indian convicted spy held a 40-minute meeting with his wife and mother in Islamabad, Pakistan on Monday said Kulbhushan Jadhav was the real face of Indian terrorism in Pakistan. Indian Deputy High Commissioner in Islamabad JP Singh and other embassy officials were also present during Jadhav’s meeting with wife Chetankul and mother Avanti […] 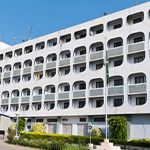 ISLAMABAD: Days after United States (US) President Donald Trump announced a new national security strategy, Pakistan on Thursday warned against a ‘malicious campaign’ being used to trivialise its efforts and achievements in the war against terrorism. “Accusations in new strategy belie facts on ground and trivialise Pakistan’s efforts for fighting terrorism and our unmatched sacrifices […] 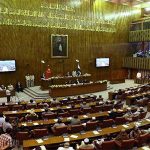 ISLAMABAD: Senate Chairman Raza Rabbani said on Tuesday that a parliamentary committee, having representation of both Houses, should be constituted to oversee arbitration issues and agreements/contracts being signed with foreign companies. The law committees of both Houses of the Parliament should have the representation in the proposed parliamentary oversight committee. In this regard, the Senate […] 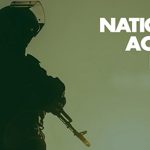 ISLAMABAD: A legislative body of the Upper House of Parliament on Monday expressed serious concern over the recent wave of terrorism across the country and demanded the government review the National Action Plan (NAP) and its implementation. The Senate’s Standing Committee on Interior, which met at the Parliament House, expressed concern over the fresh wave […] 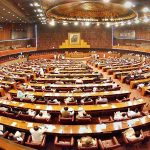 ISLAMABAD: The National Assembly’s Standing Committee on House and Library on Wednesday met under the chairmanship of Murtaza Javed Abbasi, deputy speaker National Assembly at the Parliament House on Wednesday. The committee expressed its displeasure over the absence of the CDA chairman and member engineering and postponed the agenda items related to the CDA in […] 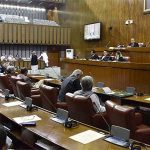 ISLAMABAD: The Senate was unable to pass the 24th Constitutional Amendment Bill, 2017, on Wednesday as the government, which apparently failed to garner support from the opposition parties, refrained from presenting the bill in the Upper House for a third consecutive sitting. The crucial legislation will allow the conduct of delimitation of constituencies on the […] 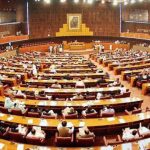 ISLAMABAD: The Senate of Pakistan during its session on Monday passed a bill moved by Senator Chaudhry Tanveer Khan regarding further amending the Pakistan Penal Code 1860 and the Code of Criminal Procedure, 1898 (The Criminal Laws (Amendment) Bill, 2017. The bill seeks an increase in the punishment for those arrested for inciting disturbances in […] 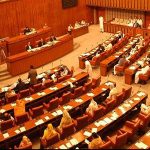 ISLAMABAD: Legislators in the Upper House of parliament on Friday passed the Elections (Amendment) Bill 2017 with a majority after the National Assembly unanimously approved revival of 7B and 7C clauses of the bill, relating to Khatm-e-Nabuwwat. The bill was tabled by Law Minister Zahid Hamid during the session headed by Chairman Raza Rabbani. The […] 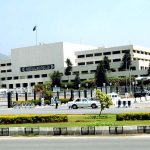 ISLAMABAD: The Senate’s Standing Committee on Science and Technology on Monday was informed that tea/coffee whiteners were not injurious to health. The committee met under the chairmanship of Senator Osman Saifullah Khan at the Parliament House. The meeting was attended among others by Senator Abdul Qayyum, Senator Mian Ateeq Shaikh, Senator Momin Khan Afridi, Senator […]

ISLAMABAD: Negotiation between the government and All Pakistan Oil Tankers Association (APOTA) bore fruits, as the latter agreed to end the strike following the federal government’s assurance to fulfil the association’s demands. The petrol crisis worsened on Wednesday as most of the filling stations, including those in the federal capital, dried up due to disruption […]