Pakistan warns against ‘campaign’ to ‘triviliase’ its counter-terror successes 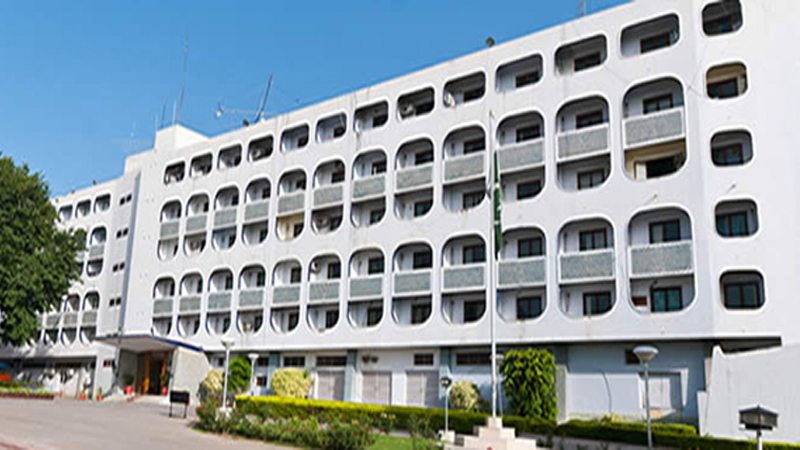 ISLAMABAD: Days after United States (US) President Donald Trump announced a new national security strategy, Pakistan on Thursday warned against a ‘malicious campaign’ being used to trivialise its efforts and achievements in the war against terrorism.

“Accusations in new strategy belie facts on ground and trivialise Pakistan’s efforts for fighting terrorism and our unmatched sacrifices to promote peace and stability in the region,” said FO Spokesperson Dr Faisal during a weekly press briefing.

“Pakistan has rendered countless sacrifices in war against terrorism and taken indiscriminate action against terrorists. We reject US allegations in recently announced national security strategy,” the spokesperson said.

The FO said that despite best efforts, Pakistan continues to suffer due to ‘state-sponsored terrorism funded and abetted by our neighbours through proxies’ that are working against Pakistan.

Dr Faisal insisted that the Afghan soil was ‘constantly being used by elements hostile to Pakistan’s stability’, and urged Kabul to counter the growing threat posed to the region by Islamic State (IS) group by destroying the outfit’s ‘increasing safe havens’ in the neighboring country. “Pakistan’s efforts and sincere proposals for effective border management to prevent cross-border movement of militants and return of Afghan refugees are yet to make any headway,” he added.

Dr Faisal said India suffered defeat on diplomatic front as its propaganda-based terrorist list was taken off the Heart of Asia Conference declaration upon Pakistan’s strong objections and successful diplomacy. He said the matter would now be referred to the Working Group on Counter-Terrorism to come up with a comprehensive list of all terrorist groups in the region.

“Ever since a list of selected proscribed groups made it to the outcome document (Amritsar Declaration) of HoA Ministerial Conference in December 2016, India celebrated it as a huge diplomatic success over Pakistan and started misusing the list for political point-scoring against Pakistan,” he said, adding the recently held HoA-IP Conference in Baku on December 1, 2017, Pakistan emphasised the principle that selective listing should be avoided and all terrorist groups should be condemned.

On the issue of Kulbhushan Jadhav, the spokesperson said Indian spy’s mother and wife were being allowed a meeting in light of the Islamic traditions and based on purely humanitarian grounds. “Pakistan has accepted the Indian request. Pakistan has issued visas to both the ladies. The meeting will be held in the Ministry of Foreign Affairs. We are waiting for further details from India in this regard,” he said.

To a question regarding voting in UN on Jerusalem issue, he said freedom had no price and Pakistan’s vote would be based on that principle.

On the US decision to recognise Jerusalem as Israel’s capital, the FO spokesperson said Pakistan strongly supported the Organization of Islamic Cooperation’s stance on Jerusalem.