NA body miffed at absence of CDA chief in meeting 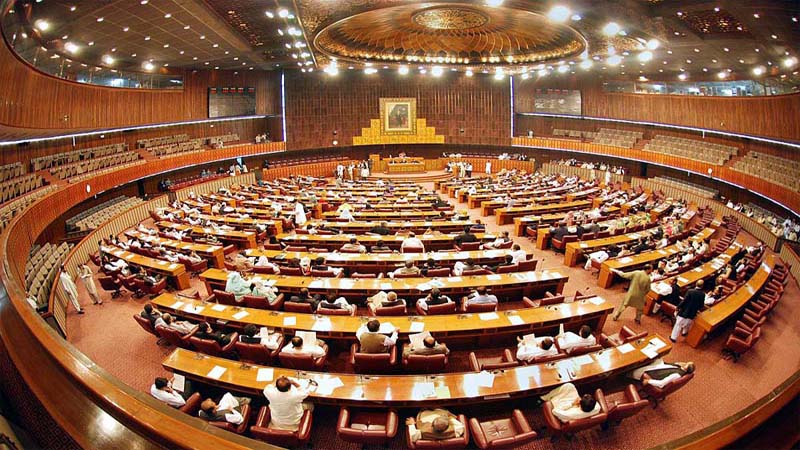 The committee expressed its displeasure over the absence of the CDA chairman and member engineering and postponed the agenda items related to the CDA in protest.

Members of the committee said that discussion of agenda related to the CDA would be an exercise in futility in absence of responsible CDA officers. The deputy speaker lamented non-serious attitude of CDA in implementation of committee’s decisions and decided to invite the state minister for Capital Administration and Development Division (CADD) in the next meeting of the committee. He said that the CDA had misled the committee during the last four years and failed to implement most of the decisions of the committee. While reviewing progress on handing over the remaining development plots to the members of the National Assembly Employees Cooperative Society (NAECHS) by the Federal Employees Cooperative Housing Society (FECHS), the committee expressed annoyance over the delaying tactics of the FECHS in implementation of a joint venture between the FECHS and the NAECHS.

The committee was of the view that the FECHS was supposed to hand over plots to those members of NAECHS who had deposited full payment of plots. The deputy speaker said that administration of the FECHS had also been trying to hide behind the stay order of the court for the last four years instead of implementing the agreement of joint venture. He said the hard-earned savings of “employees” of the National Assembly were stuck up with FECHS for the last several years and the precious land of NAECHS, which was transferred to FECHS through joint venture agreement, had been disposed of by the FECHS.

The deputy speaker directed National Assembly Secretariat to write a letter to the Islamabad High Court chief justice on behalf of the House and Library Committee with the request for issuance of directives for implementation of the agreement of joint venture signed between FECHS and NAECHS.