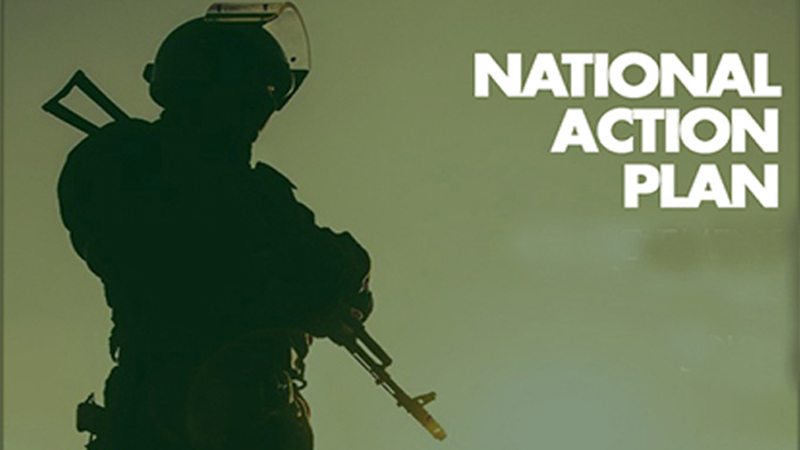 ISLAMABAD: A legislative body of the Upper House of Parliament on Monday expressed serious concern over the recent wave of terrorism across the country and demanded the government review the National Action Plan (NAP) and its implementation.

The Senate’s Standing Committee on Interior, which met at the Parliament House, expressed concern over the fresh wave of terrorism across the country. Committee Chairman Senator Rehman Malik said that India was behind the terrorism incidents in Pakistan and its agency RAW was using the Afghan soil for its nefarious activities.

Referring to a tweet by an Indian, namely Anirudh Kumar Mishra, he said that it was evident from his tweet that India was involved in terrorism in Pakistan. He directed the Ministry of Interior to investigate and take up the matter at international forum to expose the real face of India.

“It is now an open secret that India is abetting and sponsoring terrorists inside Afghanistan to act inside Pakistan,” he said. The committee and its chairman said that it was the need of the hour for the government to review the National Action Plan and its implementation since the day of its formation in 2014. The committee also passed a unanimous resolution condemning the attack on the Directorate of Agricultural Institute in Peshawar. The committee chairman asked the Ministry of Interior and the Foreign Office to look into tweets signaling the possibility of more such attacks.

Senator Rehman Malik, the Senate’s Standing Committee on Interior chairman, moved the condemnation resolution. “The Senate’s Standing Committee on Interior strongly condemns the painful terror attack on Agriculture Training Institute, Peshawar on December 1, 2017, in which 12 innocent people including students were martyred and some 35 were injured. The committee prays for the eternal peace of the departed souls of martyrs and expresses heartfelt condolences and sympathies with victim families,” the resolution stated.

The senators also demanded that the government of Pakistan take up with INTERPOL the issue of Fazalullah and others terrorists hiding in Afghanistan. Regarding the Criminal Laws (Amendment) (Protection of Rights of Transgender Persons) Bill, 2017 moved by Senator Rubina Khalid, the committee after hearing the mover, Law division and Council of Islamic Ideology referred the bill to the CII and asked the council to give a clear answer in affirmative or negative on the bill with proper justification. The committee chairman said that the CII chairman should attend the next meeting himself. The committee also held a detailed discussion on the matter of action being taken against the Turk citizens living in Pakistan who had valid and legal visas. The matter was moved by Senator Muhammad Ali Khan Saif who said that Pakistan was a signatory to numerous international conventions which provide for protection of all such foreigners residing legally in a state who have a fear of trial in their own country. The senator said that it had been reported in the press that many Turks who had legal work permits had been deported without giving them due time to have a fair trial before deportation.