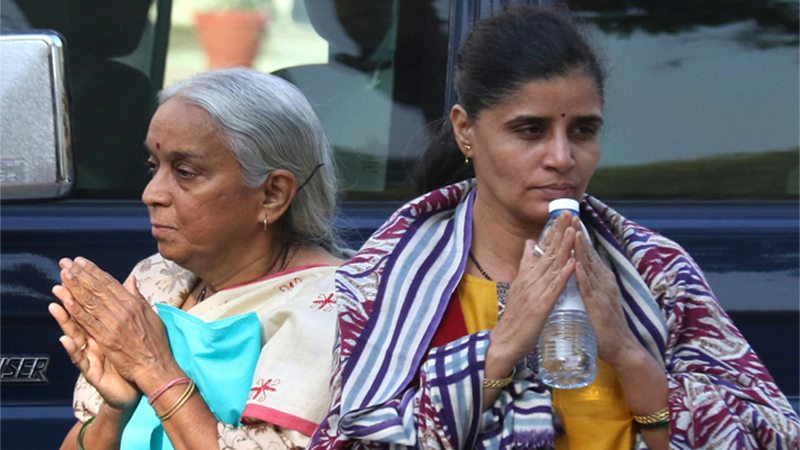 ISLAMABAD: As Indian convicted spy held a 40-minute meeting with his wife and mother in Islamabad, Pakistan on Monday said Kulbhushan Jadhav was the real face of Indian terrorism in Pakistan.

Indian Deputy High Commissioner in Islamabad JP Singh and other embassy officials were also present during Jadhav’s meeting with wife Chetankul and mother Avanti Jadhav, which was conducted in a specially prepared room via an intercom through a glass partition.

After the meeting, Foreign Office Spokesperson Dr Mohammad Faisal in a press conference said the Indian diplomat was not allowed to speak or listen to the conversation between the convicted spy and his family, and could only observe the meeting. “We upheld our promise and all of our commitments. The meeting was promised for 30 minutes and was extended to 40 minutes after Jhadav requested 10 more minutes, hence we increased it,” the spokesman said. “They talked openly. I will not go into further details. We also had an officer present there,” he added.

“This meeting has nothing to do with the case pending before the International Court of Justice or with politics,” Dr Faisal said. Jadhav’s wife and mother were both our guests, he said, adding, “They came and left in an honourable manner.”

“I will state this categorically: this meeting was not consular access given to Commander Jadhav. Let me be very clear that Pakistan permitted the Indian request totally on humanitarian grounds in line with the Islamic principles and teachings. Islam is a religion of peace … and it was a gesture of good faith and compassion,” the spokesman clarified, as he reiterated that Jadhav was a terrorist, spy and a saboteur who was caught ‘red-handed’ and had been involved in terror attacks in Balochistan and Karachi.

Jadhav’s wife and mother also reportedly brought a gift for him which will be handed over to him after necessary security checks.

The FO spokesperson also presented a medical report for Jadhav that showed he was in ‘good health’.

The spokesperson said Pakistan would have preferred if Jadhav’s wife and mother had spoken to Pakistani media. “This was done in the spirit that Pakistan has nothing to hide and, like all of you, seeks the answers to many questions that remain unanswered,” he said. “One good deed should beget another, and such a decision should serve as a template for others to follow, including in Indian Occupied Kashmir, where innocent blood continues to be spilled,” he suggested.

In a pre-recorded video message played at the FO after the meeting, Jadhav thanked the Pakistani government for arranging the meeting. He said that Pakistani authorities had treated him in a dignified, respectful and professional manner, for which he was thankful.

The Indian spy, in the video, again confessed to working for Indian spy agency Research and Analysis Wing (RAW). He added that he had been arrested in Balochistan while attempting to infiltrate the country from Iran.

Speaking of Pakistan’s earlier offer to allow the family of Jhadav to address the media, the FO spokesperson expressed regret that the family could not participate in the press conference.

“We had offered Commander Jhadav’s family to meet the media, including Indian media. India was not willing to let the family speak with the media … while we wanted to ensure transparency and get answers to many questions which Pakistan seeks answers to,” he added.