While extending stay order against operation of the Federal Board of Revenue (FBR) audit of estranged Pakistan Tehreek-e-Insaf (PTI) leader Jahangir Khan Tareen’s JDW Sugar Mills on Wednesday, the Lahore High Court reserved verdict on the point whether FBR is competent to conduct audit of a sugar mill unit after expiry of five years statutory […] 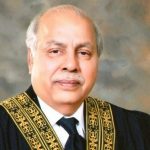 Prevailing road infrastructure development condition of N-25 Karachi to Chaman and steps to control growing road incidents were in question as Chief Justice Gulzar Ahmed Wednesday turned down the National Highways Authority report in the matter and sought comprehensive report about repair of highways in the country. The N-25 or National Highway 25 is an […] 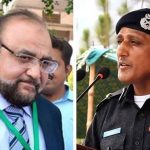 Federal Investigation Agency on Wednesday witnessed a major reshuffle that after removal of Wajid Zia as Director-General of the Agency Establishment Division has notified Khyber Pakhtunkhwa Inspector General Police Khyber Pakhtunkhwa (KP) Sanaullah Abbasi name for the slot. Zia has been posted as the DG National Police Bureau while Moazam Ansari currently serving as Commandant […]

The Economic Coordination Committee (ECC) will meet on Wednesday to discuss the exemption of taxes and duties on the import of medical equipment for the treatment of Covid-19 patients. Moreover, it is anticipated that the committee will also approve the setting up of a policy committee to run the Ehsaas Donation Fund and the Ehsaas […] 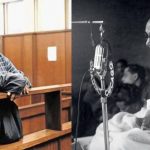 Mahatma Gandhi’s great-granddaughter was sentenced to seven years in prison for fraud in South Africa. According to foreign media, 56-year-old Ashish Lata Ramgobin was sentenced by a court in South Africa. She was accused of forging 60 million rand. This amount becomes Rs. 32.5 million in Indian Rupees. Ramgobin, a self-employed mother of two, was […]

National Command and Operation Center (NCOC) on Tuesday informed that COVID-19 Vaccination Certificates can now be issued from all centres of NADRA. In a Tweet, NCOC asked the people who had been vaccinated, to visit any NADRA centre or download a certificate from http://nims.nadra.gov.pk. However, in another Tweet, NCOC while sharing the statistics of vaccines […] 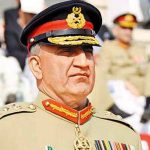 The Commander of Azerbaijan’s naval forces Rear Admiral Subhan Bakirov on Tuesday called on Chief of Army Staff (COAS) General Qamar Javed Bajwa here at the General Headquarters in Rawalpindi. According to a statement issued by the Inter-Services Public Relations (ISPR), during the meeting, matters of mutual interest, including defence, training, security cooperation between both […]

The coronavirus positivity ratio in Pakistan has fallen below three percent as the country reported a further dip in the number of Covid cases and deaths. According to the figures released by the National Command and Operation Centre (NCOC) on Tuesday, morning Pakistan recorded 1,383 new coronavirus cases and 53 deaths during the last 24 […] 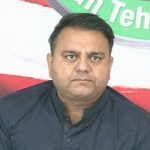