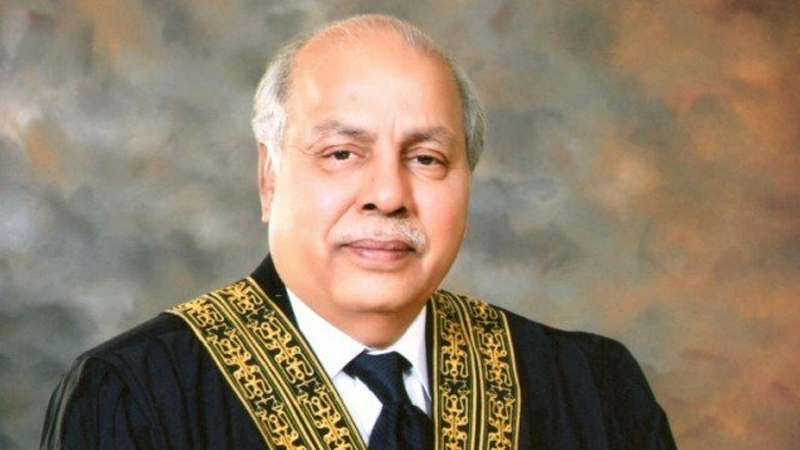 Prevailing road infrastructure development condition of N-25 Karachi to Chaman and steps to control growing road incidents were in question as Chief Justice Gulzar Ahmed Wednesday turned down the National Highways Authority report in the matter and sought comprehensive report about repair of highways in the country.

The N-25 or National Highway 25 is an 813 km national highway in Pakistan which extends from Karachi in Sindh province to Chaman in Balochistan province. It was previously known as the Regional Cooperation for Development (RCD) Highway, also known as killer highway. The RCD Highway connects Balochistan with other provinces and cities in Pakistan.

A three-member bench of the Chief Justice Gulzar Ahmed also issued directives to the NHA to report what actions have been taken to address growing road accidents across the country.

The bench was hearing a pending matter relating to the existing condition of RDC Highway where member admin NHA submitted a report about the road network.

Expressing dismay over performance of the NHA, the Chief Justice questioned spending of funds by the highways authority observing, “The authority has failed with substandard work on roads amid corrupt practices,”. “The roads fail to sustain the impact of the rainwater, the people are dying on roads owing to the negligence of the NHA,” Chief Justice Gulzar Ahmed added, “The hands of NHA are dirty with blood of the victims of traffic accidents,”.

Addressing the member admin of the NHA the Chief Justice observed that petrol pumps, hotels and shops have mushroomed over the leased lands of highways whereas the NHA has become a corrupt institution,”. However, member admin of the NHA assured the court that the condition of roads will improve by the end of the current year. To which Chief Justice observed that the highways even do not have trees planted on sides, contractors are minting money in the NHA, adding during 2018, as many as 5932 people were killed in 12,894 road accidents in the country.

A member of the bench Justice Mazhar Alam remarked, “This year a total of 36,000 people lost their lives in road accidents. Later, adjourning the hearing for an indefinite period, the bench sought a comprehensive report from NHA pertaining to steps taken to control the road accidents and repairing the existing Highways in the country.