ISLAMABAD: Minister for Interior Rana Sanaullah said the Pakistan Muslim League-Nawaz (PML-N) would win by-elections on over 16 seats of the Punjab Assembly. PML-N Vice President Maryam Nawaz would lead the election campaign of the party’s candidates, he said while talking to a private news channel. The minister said the PML-N was not afraid of […]

ISLAMABAD: Minister for Information and Broadcasting Marriyum Aurangzeb on Tuesday extended heart felt condolences on the death of Justice Safdar Ali Shah’s wife and mother-in-law of  Chief Justice of Islamabad High Court Athar Minallah. Expressing her condolences to the family of the deceased, the minister said  she shared  the grief of the  bereaved family. She […]

ISLAMABAD: Pakistan on Tuesday extended heartfelt condolences to Jordan over the loss of lives as a result of a tragic incident of its Aqaba Por. A poisonous gas leak in Jordan’s southern port city of Aqaba on Monday had killed 13 people and injured 251. “We express deepest sympathies to the families of the deceased […]

ISLAMABAD: Muslims were being targeted on social media by backers of the ruling Bharatiya Janata Party and other Hindu nationalist groups in India, said a report published by the New York University (NYU) Stern Center for Business and Human Rights.   According to Kashmir media service, The report, titled ‘A Platform “Weaponized”: How YouTube […]

SARGODHA: Regional Election Commissioner Sargodha, Amir Javed said the health department and Rescue 1122 have been directed to remain high alert on the occasion of the by-election in PP-83 in Khushab district on July 17. According to a spokesman of ECP Sargodha, Regional Election Commissioner further directed the health department to impose emergency at […]

MULTAN: District administration decided to keep security on red alert during Muharram ul Haram, in order to maintain law and order situation across the district. This was decided in a meeting chaired by Deputy Commissioner Tahir Watto and participated by officials and representatives of different processions of Muharram. The licensed holder of different processions […] 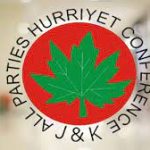 ISLAMABAD: All Parties Hurriyat Conference leaders and organizations including Molvi Bashir Ahmad Irfani, Advocate Davinder Singh Behal, Democratic Freedom Party, Jammu and Kashmir Muslim League and Jammu and Kashmir Muslim Conference have warned the G20 countries against undermining the credibility of the United Nations by holding their meeting in the UN-designated disputed territory of Indian […] 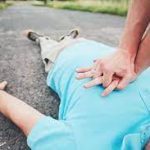 ISLAMABAD: The government on Tuesday opened registration for the general public for training under Prime Minister’s National CPR (Cardiopulmonary resuscitation) programme to become a life-saver.   Head of PM’s Strategic Reforms Salman Sufi urged the people to get themselves registered as ‘Prime Minister’s Life Saver’ by calling at 1166 and further training 10 more […] 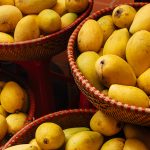 ISLAMABAD: Pakistan High Commission in Canberra organized the first-ever Pakistan Mango Festival as part of the celebrations marking 75 years of independence of Pakistan and also the establishment of diplomatic relations between Pakistan and Australia.   The festival was attended by over 5,000 people including Australian officials, diplomats, local people and members of the Pakistani […]

NEW YORK: The Committee to Protect Journalists (CPJ), an independent watchdog body, has called on Indian authorities to “immediately and unconditionally” release journalist Mohammad Zubair, who was arrested by security officials on Monday, and to cease harassing him in the retaliation for his work. “The arrest of journalist Mohammad Zubair marks another low for press […]