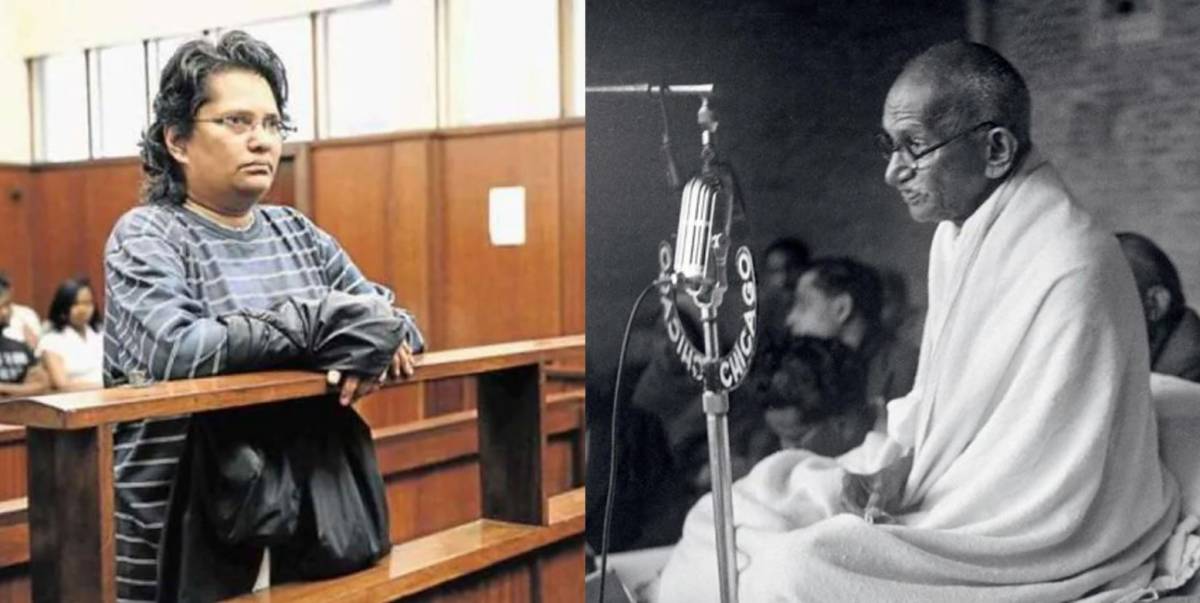 Mahatma Gandhi’s great-granddaughter was sentenced to seven years in prison for fraud in South Africa.

According to foreign media, 56-year-old Ashish Lata Ramgobin was sentenced by a court in South Africa. She was accused of forging 60 million rand. This amount becomes Rs. 32.5 million in Indian Rupees.

Ramgobin, a self-employed mother of two, was found to have scammed businessman S R Maharaj after she promised a part of significant profits in exchange for rand 6.2 million to clear import and customs fees for a non-existent consignment from India. She had told Maharaj that she had brought three containers of linen into South Africa for the NetCare hospital company.

She stated that she was having financial difficulty paying for import expenses and customs, and that she needed the money to clear the products at the port, according to NPA spokesman Natasha Kara.

She told Mahraj that the shipment is on the way and she also sent him forged documents as proof. Maharaj entered into a formal arrangement with Ramgobin for the loan based on Ramgobin’s family credentials and the NetCare paperwork.

When he found out that the documents were forged and Ramgobin had no link with NetCare, he laid criminal charges against her.

The case started in 2015 at that time she was released on bail. On Monday, the case was heard again and she was sentenced to seven years in prison.