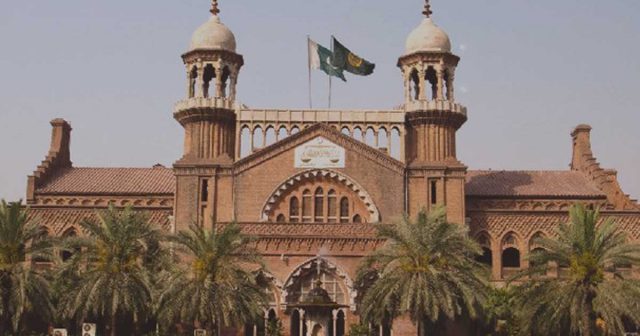 While extending stay order against operation of the Federal Board of Revenue (FBR) audit of estranged Pakistan Tehreek-e-Insaf (PTI) leader Jahangir Khan Tareen’s JDW Sugar Mills on Wednesday, the Lahore High Court reserved verdict on the point whether FBR is competent to conduct audit of a sugar mill unit after expiry of five years statutory period.

Appearing before the single-member bench of recently appointed Justice Raheel Kamran Sheikh in the tax petition against FBR and others, counsel for the JDW Sugar Mills, Advocate Shahzad Ata Mufti completed arguments saying the FBR has no authority to conduct audit of his client’s sugar mills on the grounds that sugar mills have a special tax year. He apprised the bench that Tax Year 2015 period of the petitioner was in fact counted from October1, 2013 to September 30, 2014 and six years from the end thereof ended on September 30, 2020.

He further said that the FBR had selected his client mill for audit of its income tax affairs for Tax Year 2015, under Section 177(1) of the Ordinance while sending a notice of March 25, 2021 despite the fact that the proceedings for the Tax year 2015 are hit by limitation as provided under Section 174(3), read with the Second Proviso to Section177 (1) of the Ordinance.

He argued before the bench that under Section 174, obligation of JDW Sugar Mills to maintain record for Tax Year 2015 also ended on September 30, 2020 saying the impugned notices were illegal, unlawful, mala fide, arbitrary, based on dictated exercise of authority, contrary to the scheme of the provisions of the Income Tax Ordinance 2001 and verdicts of the superior courts.

Terming the FBR notice of May 21 for audit of his client’ mill against the provisions of ITO 2001, Advocate Mufti urged the bench to set aside the same after declaring any further amendment of assessment for the Tax Year 2015 illegal, unconstitutional, unlawful, time barred, without merit, mala fide and ultra vires to provisions of the ITO 2001.

He urged the court to suspend operation of the impugned notices till final adjudication of the matter while issuing restraining order to FBR from continuing any further amendment of assessment proceedings, or taking any coercive measures or adverse actions against his client’s mills.

After hearing arguments of the counsel in the matter, the bench extended the stay order as earlier on Tuesday it had suspended operation of the notice till further orders and restrained the FBR from taking a final decision on its audit notice. Later, the court reserved verdict in the matter.