WASHINGTON: Hundreds of Kashmiri American protesters chanted the slogans of Azadi, justice and freedom in front of the White House during Indian Prime Minister Narendra Modi’s meeting with United States (US) President Trump.

Dr. Ghulam Nabi Fai, Secretary General, World Kashmir Awareness Forum said that now is the time that President Trump listened to Candidate Trump who said on October 17, 2016 that he would be honoured to address the “very, very hot tinderbox” of Kashmir between India and Pakistan.” “The United States paved the way for freedom around the world and the United States can help the people of Kashmir achieve peace, freedom and self-determination,” Fai added.

Fai warned that Prime Minister Modi will not tell President Trump that “India is blinding young Kashmiri protesters – and no one will face justice” as reported by The Guardian, July 18, 2016. Nor will Prime Minister Modi tell President Trump that “India’s crackdown in Kashmir: is this the world’s first mass blinding?” as reported again by The Guardian, July 28, 2016

“India wants Kashmir issue to be buried under the rug when the issue is raised in the international community by alleging that it is bilateral issue between India and Pakistan and no one else’s business. It could be strictly a bilateral issue if forthrightness was involved. India’s saber rattling at this delicate moment is indicative of its design to divert international attention from the realities of the Kashmir dispute and the principle of a healthy and viable international order. This is the time that President Trump can persuade both India and Pakistan to initiate a meaningful dialogue with the leadership of the people of Kashmir for the sake of international peace and security.”

Dr. Imtiaz Khan, President, Kashmiri American Council stated that President Donald Trump should impress upon Prime Minister Modi to fulfill the commitment of right of self-determination that was promised to people of Kashmir and is part of United Nations Charter. Also President Trump should draw the attention of gross human right violations inflicted upon by Indian armed forces on the people of Kashmir.

“In the month of Ramazan at least 80 people were massacred by Indian Occupation Forces. This cycle of brutal killings and human right violations need to stop. Youth of Kashmir have been driven to wall for asking what is their legitimate right. It is high time that President of United States takes a leadership role and facilitates a dialogue between India and Pakistan and also takes into consideration the aspirations of the people of Kashmir. Failure to do so may prove to be an unmitigated disaster, which will have serious ramification for not only the region but whole world. Both Pakistan and India are nuclear powers and unabated skirmishes on the border due to Kashmir issue could snowball into nuclear exchange,” Khan added.

Professor Abdul Rashid called on India to accede to international law in Kashmir, to cooperate in holding a referendum administered by a neutral agency, and to welcome third party intervention or mediation to solve any prickly details.

Dr. A.R. Meer said that India itself would benefit by the vast savings in military and paramilitary force in Kashmir, and by the more favourable investment environment that would follow on the heels of peace in Kashmir.

Sardar Zarif Khan said that Indian leaders up to the Prime Minister know the crimes against Kashmiris are occurring. They do nothing to restrain Indian military forces and their collaborators.

Sardar Zulfiqar Roshan Khan suggested that India needs to be persuaded to repeal the draconian laws which gives total impunity to the Indian army in Kashmir.

Sardar Zubair Khan said that it is incumbent upon the United States, as the leader of the free world, to take a leadership role in resolving the status of the disputed territory of Kashmir.  No one else can help us.

Raja Liaqat Kiyani said that peace process between India and Pakistan will not yield positive results unless the genuine leadership of the people of Jammu & Kashmir is included in the talks.

Hamid Malik thanked the participants and pointed out that the constant Indian occupation has turned Kashmir into a garrison. 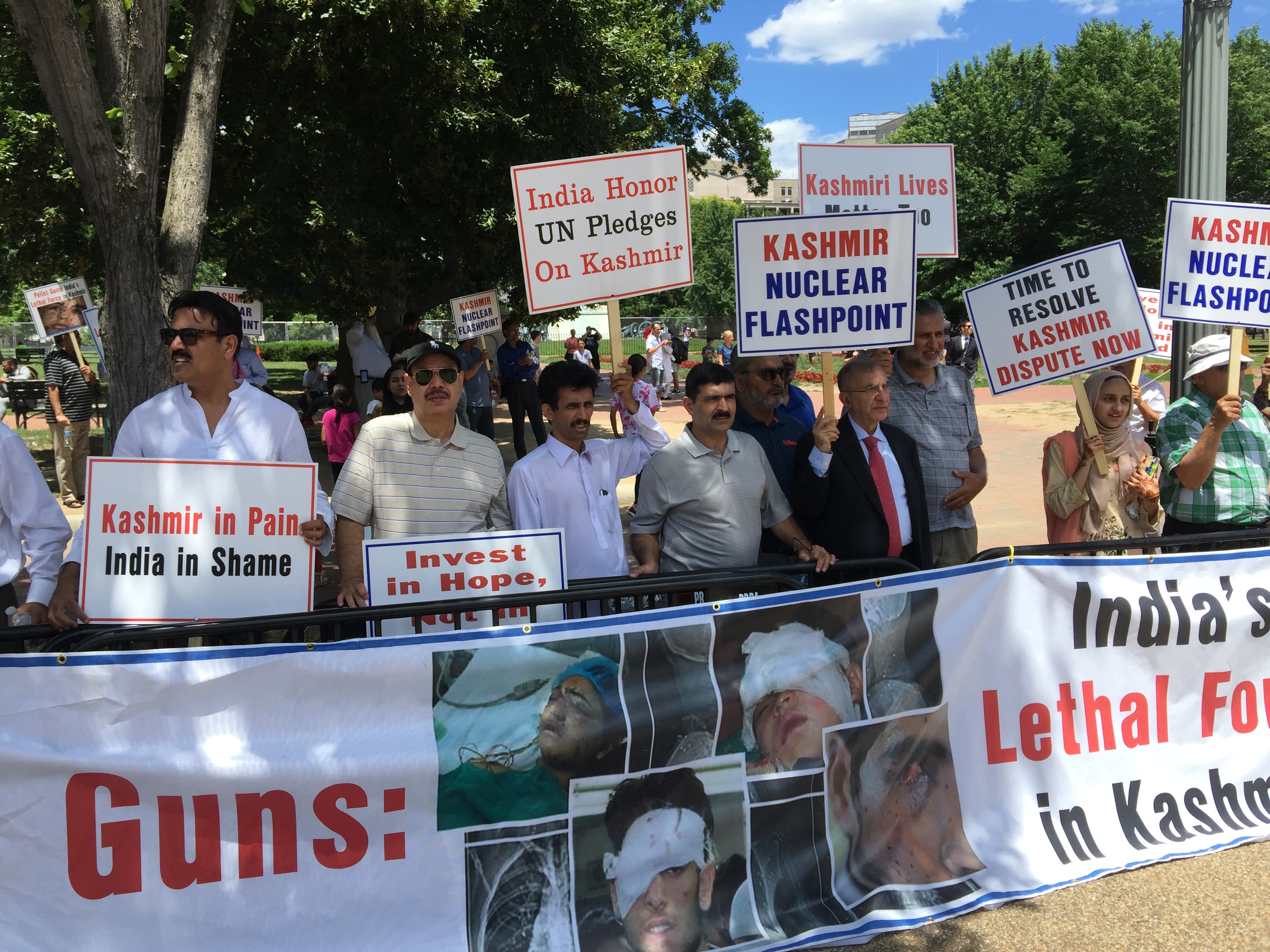 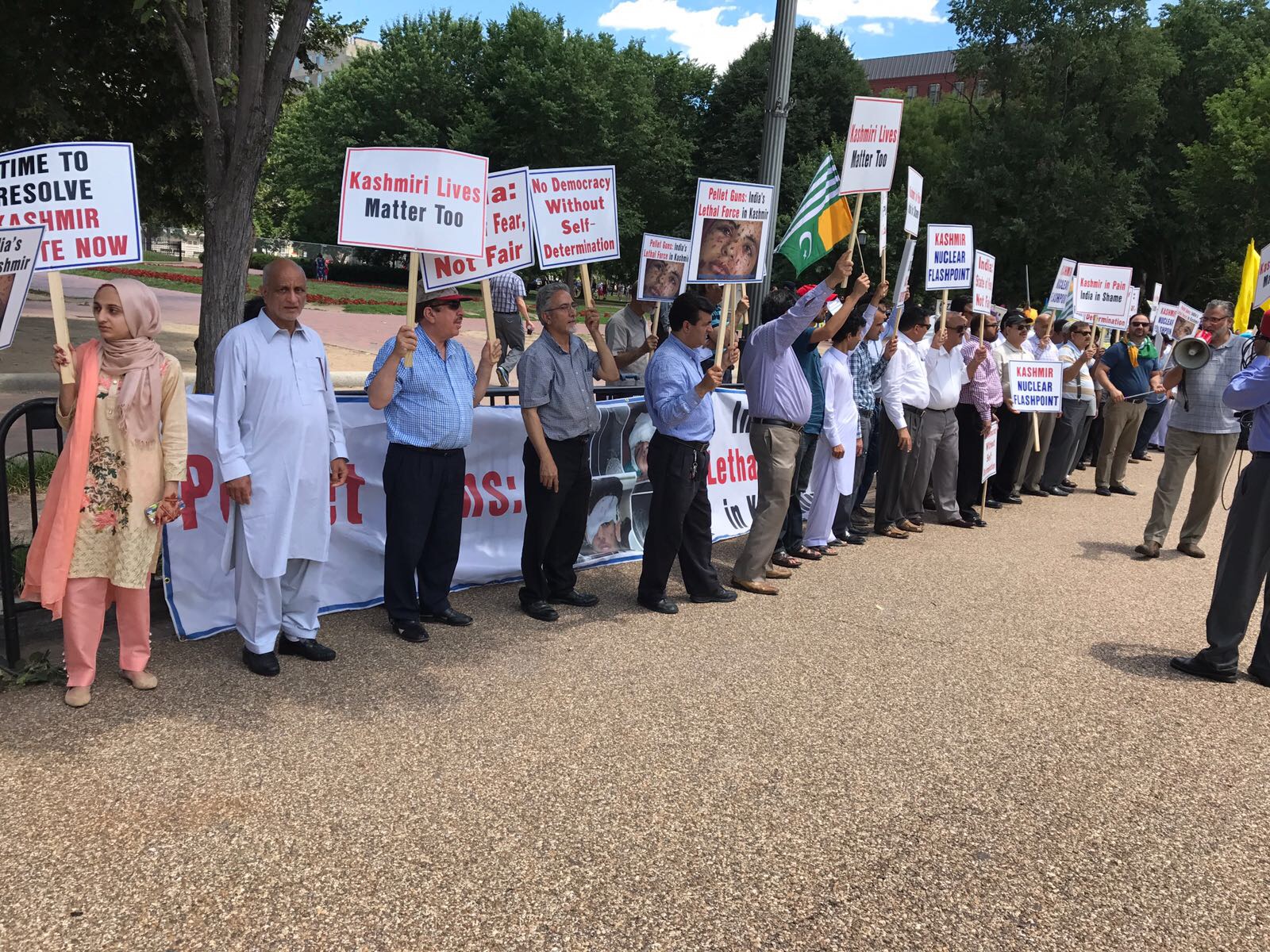 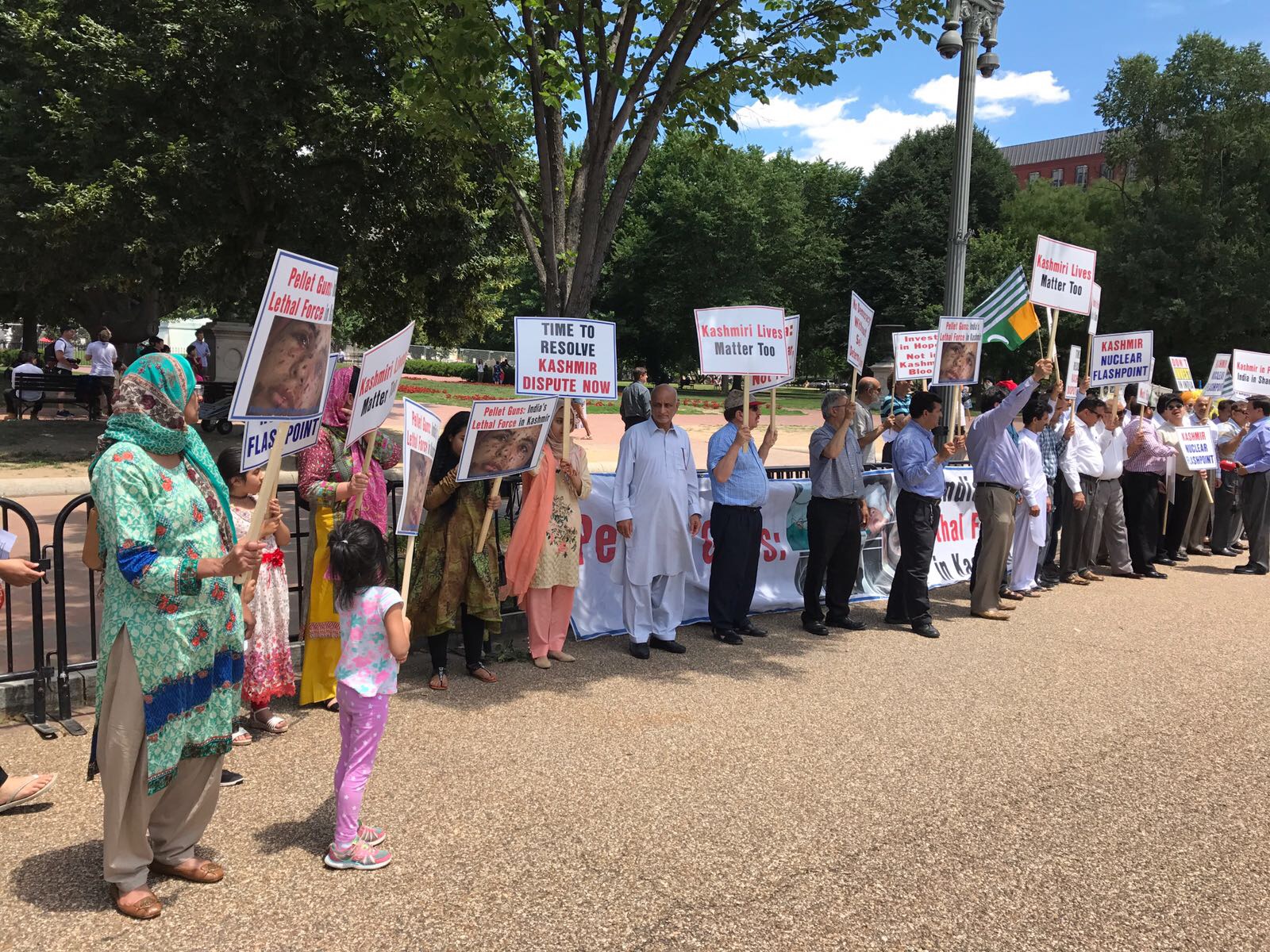