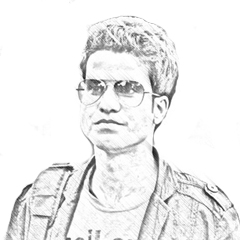 As soon as the news of Amit Shah turning positive for COVID 19 exploded, the nerves of Kashmir inflated with happiness and joy. A palpable excitement on the faces of Kashmir was witnessed thoroughly. I was playing cricket in the open fields in my village. I had been off the phone for an hour. A […]

Right now, this question is stirring my consciousness as I lay on my bed; my thoughts superimposing me in diversity. I’m not alone in Kashmiri who is thinking this while an attempt is embarked to the genesis of liquor shops at sporadic places in Kashmir. So think, how is it safe and does it really […]

In 1958, Mughal emperor Babar is believed to have constructed the mosque in Ayodhya, Uttar Pradeshpradesh, India. on December 6, 1992, Babri Masjid was demolished illegally by a large group of activists of the Vishva Hindu Parishad and allied organisations about the Ayodhya dispute. The 16th-century Babri Mosque in the city of Ayodhya, in Uttar […]

Say Kashmir, and the aroma of pine takes over the mind fluttering among images of the valley. Kashmir lost its claim to heaven a long time ago but the debate today is not about ‘why’ but ‘who’ caused the paradise to fly away, leaving behind its miserable and yet romantic claimants. Living in this part […]

February 9, 2013 echoed with a myriad of voices. Those that arose in jubilation over a terrorist’s hanging; those that resounded the final rendering of the proverbial ‘delayed justice’, and the few that arose in the Kashmir valley and found resonance throughout the country, erupting against an apparent fallacy of the criminal justice system. Those […]

Kashmir has resumed to be mere theatrics. I mean I have watched movies, turned pages of novels, have witnessed fictitious stories, which entertain and enlighten people. But the real theatrics with literal characters are only witnessed in Kashmir. The uncertainty that the valley is bound with has engulfed the consciousness of people. There is hardly […]

Samuel Johnson once said, “(Patriotism) is the last refuge of the scoundrel.” To begin with, let me outburst my emotional content that seeks my power to analyse things empirically. What I believe is literally what others concede to, in evaluating the juggernaut knocked in Kashmir Valley. “Kashmir Valley is like a black hole; whosoever dares […]

Nursing is an art that only certain gracious people are provided with! In Kashmir, rumours are generally truer than facts. Mystically, nursing galloped with such rumours; potentially incorporated with viral traits. After a long hitherto, the deeply embedded virtual disgrace has progressively disappeared. A sighing nurse, even her verbal prudence, was enough to splash an […]

Picked hours after he brought his bride home, Tahir’s remains were sent home in a poly bag. The brutal killing gave Kashmir many sleepless nights. 13 years later, Ubeer Naqushbandi visits the family still in pursuit of justice. In autumn 2003, Ghulam Hassan Makhdoomi, 60, who taught at the Falah-e-Aam school in the restive Tujjar […]

Influential and eloquent, he was a classic hope from the Holocaust focused on the deepest of human subjugation. Paving the way for the rise of a storm that swayed the Himalayan paradise called Kashmir, he leapt at the oppressors in despair and fear. He was an amazingly inspiring man who was able to garner some […]