What if the world’s biggest library is constructed at the disputed site of Ayodhya?

In 1958, Mughal emperor Babar is believed to have constructed the mosque in Ayodhya, Uttar Pradeshpradesh, India. on December 6, 1992, Babri Masjid was demolished illegally by a large group of activists of the Vishva Hindu Parishad and allied organisations about the Ayodhya dispute. The 16th-century Babri Mosque in the city of Ayodhya, in Uttar Pradesh, was targeted after a political rally organised by Hindu nationalist organisations turned violent. This followed the cascade of communal riots in India. On November 9, 2019, Constitution Bench cleared the way for constructing Ram Temple at the disputed site. It ordered the government to provide five-acre land to Muslims at a prominent place in Ayodhya. Desecrating a mosque and then carving out a niche for constructing Ram temple is a stain on Indian democracy. 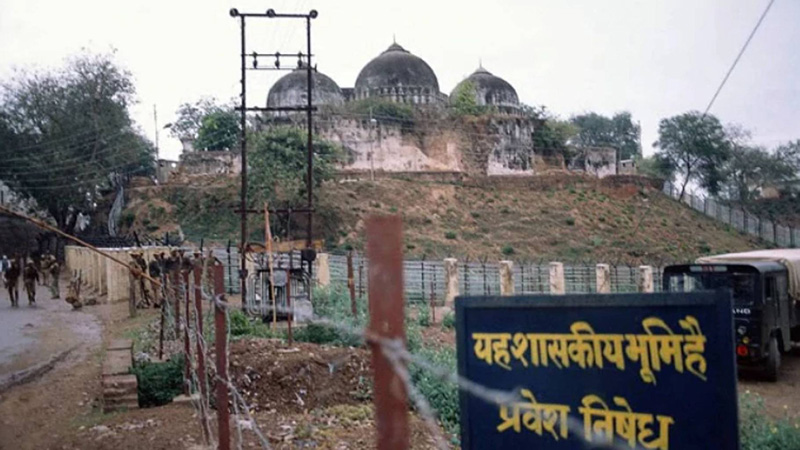 Although disputes continue to ionise in the air surpassing Indian nation, one such dispute throbbed in the minds of people, called “AYODHYA DISPUTE,” escalated global inferences, almost a constant thought in the mind of everyone inhabiting this nation. The whereabouts and the genesis of this dispute have evolved over the years; provoking conscious minds to offer a strategic solution to resolve this long impending pragmatic issue.

Alienation breeds hate, hate translates to anguish, anguish transcends in traversity, all these together give rise to violence which finally culminates into terrorism.

Can India afford to survive this traversity of chaos? With around 200 million Muslims on board, India is bound to cater to the emotions of Muslims in India. A Muslim constructed a mosque when in power, with the downfall of Muslim rule and with the emergence of Hindu supremacy, the same mosque is desecrated and a temple is all set to be erected.

Does it mean, India is more inclined towards supremacy than democracy?

Indian secularists should not only make it a propaganda locus but work for it. India has an opportunity to set an emblem of generosity and humanity by choking the existentialism in Ayodhya and by starving the extremists. India, with its best, can lay the foundation stone for the world’s largest library. By doing this, India may hold a stance on being the world’s largest democracy. A message will reverberate all over the globe that India favours righteousness rather than inclining towards power. With this, India will project a theme that enlightenment is acknowledged here rather than chaos and traversity.

There is not a single issue on the planet that can’t be resolved, provided if you are determined, conscious and more importantly a true human.

There is an ardent need to recanalise this issue to a prosperous end, as it claimed thousands of lives, withered crores of minds and feeds the politicians to knock their nefarious ends.

A core drama for news channels where the panellists backed by extremist groups spit venom into the already susceptible minds prone to intolerance hardly with any reconciliation. The people of this country need to understand that this “AYODHYA DISPUTE” has merely resumed being a” vote garnering factory ” where everyone delivers punches without any conscious approach to seize the dispute. As a secular country, all those sources polarising the country, leading to radicalisation, dividing the communities should be resolved earnestly; leaving no room for those who derive pleasure from such disputes.

India is a young country with a young population, more concentration lying in the age group of 18 to 27 years. As prime builders of the nation, what they need to understand is “there is a constant positive energy in every mind, and they should strive to liberate this energy for the welfare of the nation.”

My opinion proposes a model of reconciliation based on the themes of recognition of intrinsic faith, negotiation with extrinsic elements of each religion and sacrifice. My slogan is “NO MANDIR NO MASJID, WHAT IF WORLD’S BIGGEST LIBRARY IS CONSTRUCTED AT AYODHYA! ”

There is no place as sacred as a library because it will illuminate the minds of the nation with positivity.

If the govt of India can construct statues worth thousands of crores with negligible literal importance, why can’t they take a positive note on amplifying this slogan? After all, a message will ionise all over the globe that India has innate ability to resolve their issues more profoundly with the consent of general masses, to continue the vibrant democracy embedded in it.

This dialogical approach ought to be carried out by a non-sectarian political society that must involve ruling and opposition parties, NGOs, lawyers, administrators and contending religious organisations to seek a realistic solution to the Ayodhya dispute in the larger and long-term interest of a secular polity in India.

The writer is a JKIFTS member and a freelance author based in Sopore, Kashmir