Kashmir: the flaws within the society

Say Kashmir, and the aroma of pine takes over the mind fluttering among images of the valley. Kashmir lost its claim to heaven a long time ago but the debate today is not about ‘why’ but ‘who’ caused the paradise to fly away, leaving behind its miserable and yet romantic claimants. Living in this part of the world is beyond challenges and hurdles, and more importantly it is not less than a survival of fittest, while the power holders thrive and the common people suffer over a spectrum of issues.

The unresolved mystery – the paradise on earth – has left indelible scar on the existence of valley. The conflict comes with manifestations like deaths, mental agonies, custodial deaths and many more with severe complications. Apart from conflict, let’s shift focus on ourselves; do we actually care about ourselves, about others, and finally about our valley? Well it doesn’t seem so on the ground, as the ethics and standards have changed over the years.

It is said that in Kashmir nothing is straight except popular tree, and it reflects the general persona of the biotic of Kashmir. Do we actually qualify to be humans? Well, what’s happening on the ground and has happened in the past, are contesting this prerogative. So the question arises, who is a common Kashmiri? And what are the aspirations, responsibilities and expectations out of common Kashmiri?

It is an established fact that Kashmiris have problems with unity, everyone tries to project themselves as a self-proclaimed leader, with obsolete ideology, thinking that they are having superior set of ideas than anybody else in the surroundings, pertaining to any issue, they claim themselves as the father’s. They have problems with listening; they don’t absorb what’s is being taught to them or even advised. They keep on insisting on their principles. The people living here are voracious critics, they don’t listen to anyone; they don’t accept each other. Instead if anyone comes with an idea or alternative, they seem ready with objections and fallout. 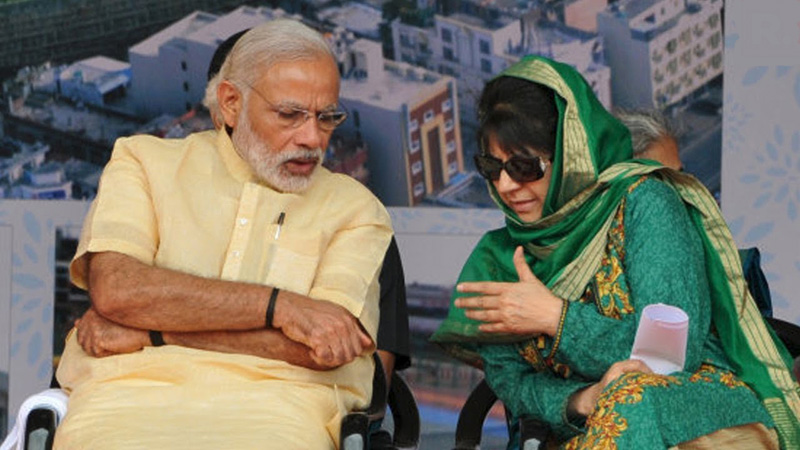 The people of Kashmir don’t trust each other; they ingrain lot of negativity towards each other. If two Kashmiris communicate, they always lie to each other, thinking that the other one is already lying to them. If one has links with higher officials, politicians, the other is always in a bid to defame the same citing sell out reasons. Actually the other one is jealous of former’s influential existence.

The people here lack honesty as they aren’t honest to themselves. They are encapsulated in greed; double talk is a prerequisite for being a Kashmiri. In the pursuit of business, they have cheated inadvertently. Even some cheated the Delhi-based businessmen, took money from them, while committing to send apple boxes. When someone in their neighbourhood is in problem, instead of helping they are amused; they ridicule and in some disgraceful manner deepen the problems for them. In Kashmir, if a woman in neighbourhood is divorced, the others start speculating about the drawbacks of the divorcee, and get happy. If someone in neighbourhood is struck with a calamity, the others enjoy the miserable condition the person is engulfed in. If someone is struck with a deadly disease, instead of showing sympathy, the others in the neighbourhood cherish the moment, thinking that the former will go bankrupt for treating the same. If someone has losses in business, the others enjoy the plight of his miseries.

Jealously is the inborn trait of Kashmiris, they don’t want others to go ahead of them, they are always in a bid to lower the status of others; if someone gets a good job, the people in the surroundings start an infamous campaign against the same, putting apathetic arguments like he/she had some influential links that is why the person got to that place.

In every Kashmiri home, especially rural areas which accounts for almost 70% of the whole population, the dinner comes with homely prime time, where the day out narrations are drawn. The whole day is analysed; some infamous talks and incidents are recollected. Without the same, they can’t digest their food. What happened in the village, who abandoned her father and went for a boy. The economic status of the whole village is discussed, the conditions of neighbours are discussed. All through people derive their pleasure over the miseries of others.

The people aren’t even loyal to their own people having blood relationships, the brother-to-brother relationship is getting worse, especially after marriage. The one describes other as the arch enemy, primarily on property issues. The families are splitting over these issues. The parents are abandoned, hardly any one taking care of them. The era of nuclear families is already on surge in Kashmir.

When it comes to education, people are seen cheating in examination centers, hand in glove with supervisors. The selection protocols are in abysmal. The degree certificates are bought from money. The incentives are offered to get selected. Corruption is on foray. In Kashmir, people are ready to give anything to get a public department job.

Abandoning fetus is on foray in Kashmir, as young live babies are dethroned. Pregnancies are terminated in conjunction with medical professionals, if it’s a baby girl. Even embryos are not spared born out of illegal affairs.

There is plethora of such menaces, we are engorged in. We are hurting our ethos and existence. We are harming our own culture. We as Kashmiris should introspect ourselves, correct our deficiencies at appropriate time, otherwise these aberrations will infect our mind and soul and will turn us into wilds.

The writer is the organizing member of the Kashmir Law Circle and a columnist based in Sopore, Indian-held Kashmir