E-siege in Jammu and Kashmir

Communication is the essence of human life, without which life is dull and devoid of order, particularly in the current hyper globalised world. The world of today is altogether in contradiction to the times of the previous ages. Technology has taken the global order by a major revolutionary storm and made the world a knowledge driven global network.

Internet forms the mainstay of the current times and is, in fact, a boon companion of man in the modern times. Internet is the constitutive element of the current times, sans which life seems to be a dead wood and bereft of technological assimilation.

Over the world, there are today a multitude of problems and issues thar really pose a serious and a grave challenge to the peace and order of societal organisations. Kashmir is not a different case. It is a looming imbroglio amuck with political crises prior to the partition of the subcontinent, thence after and as of now, with a renewed impetus of chaos and uncertainty. Every other day, the situations take a U-turn of additions and alterations passageand pose a serious challenge for the system to contain the problems at hand.

Since the eruption of the Amarnath land transfer controversy, through the tumultuous phases of 2010 and 2016, to the abrogation of the special constitutional position of Jammu and Kashmir to date, the situation has achieved a great uncertain proportion and reflect the growing tendencies of political waywardness in Kashmir. Whether we call it destiny, manoeuvring or inroads of tragic phases of political uncertainty, the situation is of enormous gravity as of now. 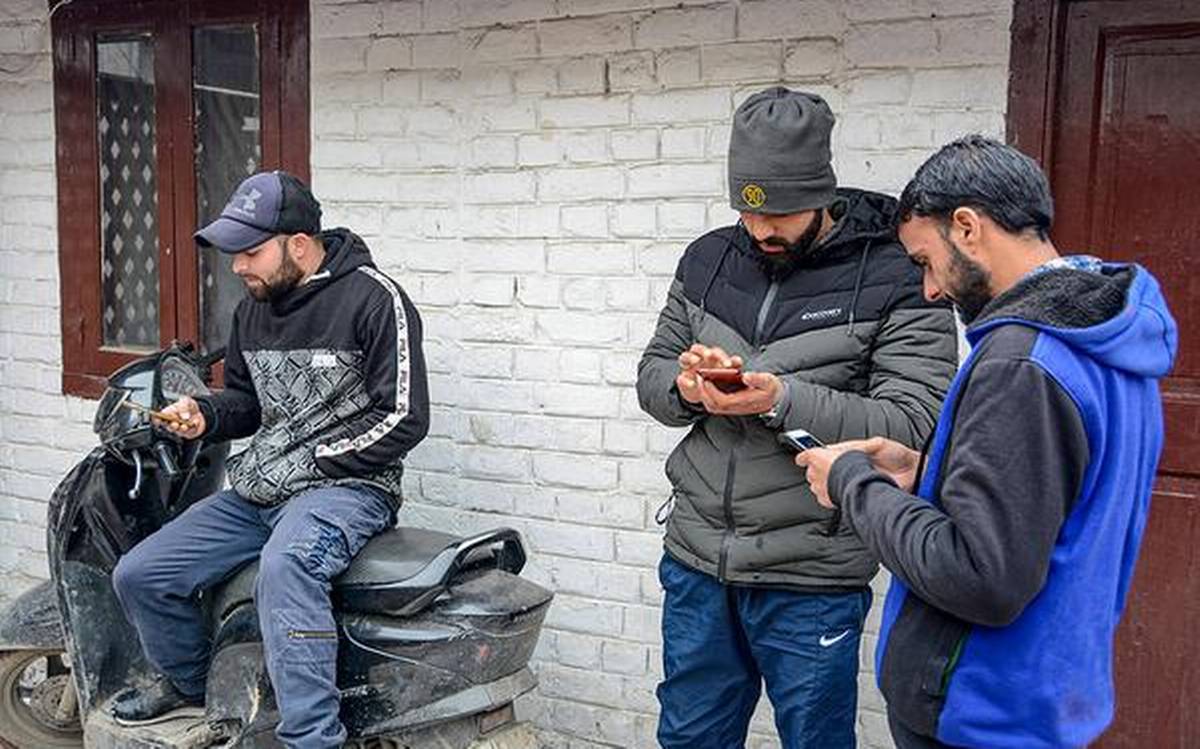 Internet is the major requirement of the masses all over the world, particularly for the students and business fraternity in the contemporary times. When a cordon and search operation (CASO) is undertaken in the valley by the security agencies, during anti-militancy operations, the major thrust of the government is driven towards choking and muzzling of internet space in Kashmir. In a place dogged with an unhealthy political atmosphere with a restive nature, one cannot expect a peaceful scenario on a day-to-day basis.

People in Kashmir voice their dissent over social media when an unfortunate or a gory episode occurs in Vale. The gagging and censuring of media and net in Kashmir has become a new normal in Kashmir. By denying the people, particularly students, access to information regarding the day-to-day happenings and latest information about the world situations and information influx, the government is committing a major wrong in Kashmir.

The policy of net gagging in Kashmir might serve as a deterrent in the short term to keep the situation at control in therestive Kashmir, but the aftershocks of the situation cannot be negated. This is an illogical and irrational step in a farsighted strategy. Since 2008, Kashmir has been witness to internet blockades, e-curfews and blocking of Pakistani channels at the behest of government.

Situations have arisen and gone, but the scars of tragic episodes are there; every day social media is abuzz with the narratives of the tragedies people are undergoing.

A coin has two sides. Net usage has rights and wrongs associated with it. Internet is the major requirement of people as of now. By choking the net space in Kashmir, government is doing a wrong thing, and it may resurface as backlash in the long run.Instead of taking recourse to banning channels and choking net space in Kashmir, the major thrust of the government should be to take a route towards betterment of good governance in J&K and dialogue with all the stakeholders.It will serve as a better trigger to better the fragile situation in Kashmir, which has unfortunately manifested into a malignancy and snatched the peace of people’s lives. Disorder and chaos loom large over the subcontinent.

Since the abrogation of Article 35-A and Article 370 last year, all is not well in Kashmir, and the situation is turning from bad to worse with the passage of time. Today, the alienation among the masses is much more as was in the previous years, and trust deficit has surged towards extreme heights.

Kashmir of today is altogether different from the pre-1990 period. Internet muzzling with speed of internet reduced to 2G or 3G is a new normal of Kashmir. This is not really a good governance gesture of the state vis-a-vis the people. If the native of my town Seer Hamdan, Basharat Peer, New York Times opinion writer, talked about curfewed nights earlier, the Kashmir of today is virtually curfewed, dayin and dayout, every other day.

The strategy required from government in the current times is creation of a consensus and environment for dialogue on the Kashmir issue and restore the faith of people in the political order for the sake of peace Kashmir is yearning for. There cannot be something likea divine intervention; rather, a strong political will to better the situation in Kashmir is the vital need of the hour.

Being in New Delhi for over four years, as a student from 2011 to 2014, never have I observed the media gag and net muzzling in the mainland India.Why only in Kashmir? This question haunts my mind. By resorting to media gagging and net muzzling, government is committing a wrong step in contravention to good governance principles. This only dents the compassionate mainstreaming of masses and creates a gory tale of otherness within the psyche of the people. The government of India ought to understand the gravity of the current political instability. Today’s media gag and tomorrow’s liberation will never serve the purpose. After all, it is the question of collective pain and a unified political approach within the purview of a logical approach.

Today, Kashmir is in search of a dialogue, and that is the sinequanon condition to rectify the errors and solidify peace in Kashmir. The decades-old political alienation has ultimately pushed the Kashmiris to the wall. An empathetic approach, after understanding the macroscopic dimensions of the Kashmir problem, people’s suffering, and oppressive tactics is required.An ethic of care and concern within the purview of a humane approach and good governance can act as a best remedy to the political ailment.

The writer is an alumnus of Jamia Millia Islamia and Jawaharlal Nehru University, hailing from Seer Hamdan, Anantnag, Jammu and Kashmir