Influential and eloquent, he was a classic hope from the Holocaust focused on the deepest of human subjugation. Paving the way for the rise of a storm that swayed the Himalayan paradise called Kashmir, he leapt at the oppressors in despair and fear.

He was an amazingly inspiring man who was able to garner some good from an experience so abysmally bad.

He was BURHAN Muzaffar Wani, and he continues being the BURHAN of millions of hearts enshrining in the Himalayan paradise.

I sensibly believe those born in slavery and under colonial subjugation have an innate ability to resist oppression with a tendency to reclaim lost stature. Likewise, the valley has produced a plethora of such personalities.

Burhan Muzaffar Wani was a little child blooming from Dadsara Tral in Kashmir’s Anantnag District, sensitised to the heat of aggression, oppression and torture.

Little did we know he would absorb this heat and transform it into power (what I call the power of mind and consciousness). The multiple fissions and fusions of these tortures turned him into the most stormy and brave rebel of Kashmir’s struggle for freedom.

When he skipped his beats on July 8, 2016, and achieved a carnival of martyrdom, it was not just his heart that stopped. It was a trigger for the chain-reaction that followed. This, in turn, changed the dynamics of militancy in Kashmir, through a literal paradigm shift in the resistance movement.

The whole planet came to know about the rebel. The magnitude was such that the valley witnessed the deadliest and darkest curfew in its history.

Violence was on the rise in the region again, where India presided over a bloody campaign to hunt down those fighting a quixotic battle for independence.

With his techy savour, Burhan Muzaffar Wani unmasked himself and was proud to be on the path; something that didn’t happen before.

He was more open, clear and decisive in his mission and ideology.

Indian media coined the phrase “Selfie Terrorism,” for his endeavours; for the same openness that he resorted to on the social networking sites to discuss the foray, promotion and promulgation of his mission.

I think that Indian media had miscalculated the strength of his idea. It was actually an invitation to an open war between good and bad; between fiction and truth.

It was an absolute revival of modus operandi in how the Kashmiri rebels struggled for freedom. Wani is accredited with this revival.

He changed the arithmetics of armed struggles.

For the first time in a decade, the ratio between indigenous and foreign militants had changed in favour of the former. Out of 142 active militants in the Valley, 88 were locals while the rest were from Pakistan. The equation still holds. By the latest count, around 145 militants are active in the Valley, out of which 91 are locals and 54 foreigners.

Was it necessary for him to pick up arms?

Sitting in our cosy rooms, we often gauge the situation with a miscalculated focus.

It is better to put ourselves in one’s shoes before being immaturely judgemental.

If someone slaps you once out of reason, you can forgive him or even seek an explanation. But if the same person slaps you again, what would likely be the reaction, I ask you all?

Okay, now if it continues for years, I leave this up to the intellectual society. I’m sure human beings would stop this hand from harming the innocent humans.

Likewise, Burhan Wani was bearing the chronic irritation from Indian security forces. The constant atrocities and rigorous and violent humiliation flickered his gene for justice. Thus, he opted for the struggle to emanate the battle against the world’s third largest army.

The rebel whose crackles echoed over the globe and even vibrated the UN. He was not just a person with a gun roaming in woods. He was a storm, laden with justice, courage, bravery and eloquence. He tethered the world’s third largest army and introduced a tech-savvy resistance revolution.

He instilled the hope to live for humanity and live with dignity. Decades of oppression have heralded the valley. Yet, his conscience stirred his heart and soul; setting him on his path

“If you want to evaluate the efficiency of a person, then look for the sea of people that turns to bid goodbye to the person during the funeral.”

Burhan Wani’s funeral was recorded as the largest in Kashmir’s history. It somehow justifies his reach for the truth.

Burhan’s memory runs deep within us. In the three years since his killing, I have often found people listening to a song:

(It is spring all around;

Where are you, our martyrs?

The flower gardens are fresh;

Where are you, our martyrs?)

The carnival of martyrdom that followed Wani’s death was unique in its sense. The sensitisation of youth that followed was quite realistic as it portrayed decisive anguish and relinquishment against Indian union and its trajectories in Kashmir.

Tyrants believe they have silenced him as he is no longer visible to them. But, I believe that as long as tyranny and tyrants exist, rebels like Wani would keep on sprouting.

He was a spark destined to set ablaze the colonial aggression. The very spark has now magnified and accelerated to douse the arrogant colonists to ashes.

The writer is an organising member of Kashmir Law Circle. He is a political columnist 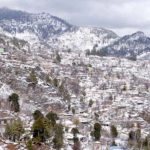 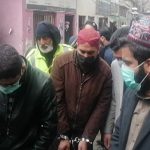 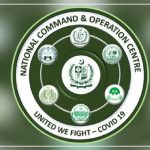 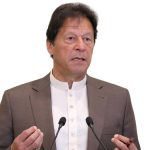