The fear that heralded Kashmir Valley!

Samuel Johnson once said, “(Patriotism) is the last refuge of the scoundrel.”

To begin with, let me outburst my emotional content that seeks my power to analyse things empirically. What I believe is literally what others concede to, in evaluating the juggernaut knocked in Kashmir Valley. “Kashmir Valley is like a black hole; whosoever dares to speak the truth is eventually put to rest.”

I don’t need to exacerbate my arguments with facts and figures to prove the instinctual quote that I lamented above. I need to rectify it. While I am sitting at the moment, my mind is in the over-excited state, striking the resemblance with the truth.

Shortly, after Pulwama attack, the speculations were strong, which were exacerbating in a randomized fashion. The valley grappled in an epilogue of fear, which was unknown. Let me tell you these unknown fears are more debilitating, more heartening and more lucid.

The worst part about it is the catalogue of repercussions associated with this unknown fear. It could be a virgin experience living anywhere else, but for a common Kashmiri, it is a common experience. On the morning of February 23, I reached the college, waiting outside the classroom. The class was yet to commence. My counterparts began to assemble around a focal point, I mean, gas heater, to warm themselves. The strange thing was a descending gloom hanging on their faces. They were exchanging fierce dialogues splattered with sensitivity and interest. I approached them and asked for the reason. I, in turn, received a rebuking reply, “Don’t you know anything, what kinda world you are living?”

They aroused my suspicion more profoundly, and I pleaded them to let me know the course of their increased anxiety. One among them was ready with a reply. “Article 35-A has been eroded,” he said candidly. Another said that hundreds of Jamat-e-Islami leaders, separatist stalwarts had been holed up overnight.

The plethora of varied information surfacing on social networking sites aggravated the fear quotient. As I was attending my college in Srinagar, my phone suddenly started ringing. It was my mother on the other side. “Hello, assalamu alikum,” I started.

She replied, “Walikum salaam,” in a slurred speech. I sensed the fear encapsulated in her words. She hurried with the words, “Son, please come back. The situation is worse.”

I assured her, “It’s all safe, you need not worry.”

Somehow, I managed to convince her. She cared probably because she was a mother. Likewise, this Kashmir Valley is a mother to all who belong to this region. We too care for it, likewise.

When the classes finished, I had to go to Kashmir University for some official work in the administrative department. As I left, I could see people summoned over suspicion; the unknown suspicion. The signs and symptoms had already knocked on the door: the deployment of additional troops, the notification to health department regarding covering up the essential facilities and the notification sent to ration stores to remain vigil and open. In a sudden, the minds of people were captivated as they scrambled them with fear and anxiety. All in a sudden, a video surfaced on social media regarding the scuffle between two forces that further aggravated the notion. The vacating spree of villages close to borders, for a moment, froze the consciousness of people as they feared the war had begun.

The most strange thing was even the political heavyweights of the mainstream, was unknown of what was going on in the valley, and why was it happening so?

I think it was a surprise to them just like it was a surprise to common Kashmiri. I must say these uncertainties are bitter and heartwrenching. They coagulate your brain and render you deficient of everything. The rumours ionised the environment with such magnitude that gripped the valley in a terrible psychotic syndrome. Attacking the conscience of people and inducing anxiety and fear in their minds were an advanced war technique. It not only assaults the body, damages your physique, but sets up the echoes of fear and ambulates your thinking and retrieving power. Maybe because this is Kashmir, and everything is fair here.

The momentary relief came when J&K Police came with a statement claiming that such developments were going on to review the election situations scheduled this year. It was more profound when the governor retrieved the same. The day passed, but the following night was a big challenge for Kashmiris. Most kept awake all through the night as speculation went from bad to worse. In between all this, what surprised me the most was that during days of chaos, the internet was scrapped but there was no such move that somehow managed to unite the Kashmir in this period of fear.

I don’t know how many uncertainties are yet to prevail, but it reflected the soft attitude of people inhabiting this Himalayan region. They didn’t resort to any untoward incident, didn’t assemble or provoke anything. They kept calm and kept on desperately waiting for peace to knock their resilience. Kashmir is not just geography. It is not limited by boundaries. It is beyond borders and beyond limits. It is an ideology: an ideology of love, of compassion and sympathy.

The writer is an organising member of Kashmir Law Circle 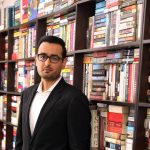