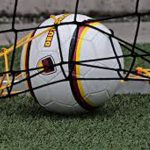 LISBON: For the first time in 13 years, there is no Spanish team in the semi-finals of the Champions League and the way in which Barcelona were dumped out, with an 8-2 defeat to Bayern Munich, emphatically ended the era of La Liga supremacy. There was one basic similarity in the way that Barcelona, Real […] 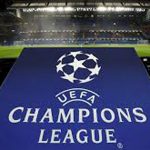 LISBON: It is arguably the biggest sports event of this COVID-infected year — eight of Europe’s top teams in a knockout tournament over 12 days in the Portuguese capital, with the Champions League winner to be crowned at the final on Aug. 23. But while millions will tune in around the globe, if you walk […] 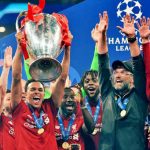 LONDON: This was a year of unprecedented English domination of European club competition, as the Premier League finally turned its financial power into results on the field, but 2019 will be best remembered for a series of stunning comebacks. For the first time ever, all four finalists in Europe’s two club competitions came from the […] 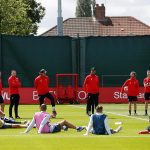 The hugs, the smiles and the laughter suggest Juergen Klopp’s Liverpool are a happy bunch, bonded together in enjoyment of the attacking football that has taken them to a second straight Champions League final. But behind the good humour and camaraderie, Liverpool under Klopp have become a ruthless winning machine, where no effort has been […] 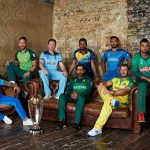 Hosts of the World Cup for the fifth time, there is an air of optimism around England’s team and a sense of belief that they can finally clinch the trophy that has eluded them in its 44-year history. Top of the world rankings for One Day Internationals, the team skippered by Eoin Morgan is well-settled […] 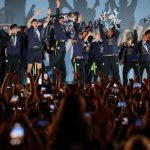 Manchester City retained their Premier League crown on Sunday, pipping Liverpool to the title by a single point, but while the remarkable numbers of this campaign tell their own story this season was about much more than just consistent point accumulation. Pep Guardiola’s City and Juergen Klopp’s Liverpool achieved their results playing brands of entertaining, […] 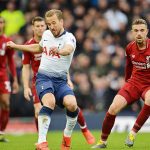 England’s Premier League has claimed a clean sweep of all four places in the finals of Europe’s two club competitions as the most commercially successful league in the world finally translated its financial power into success on the field. Liverpool will face Tottenham Hotspur in the Champions League while in the Europa League Arsenal take […] 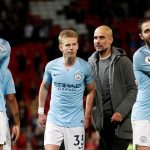 The North West can claim to be the current capital of English football but while Liverpool and Manchester City head into the finale of an extraordinary Premier League title race, the biggest brand of all, Manchester United, are in crisis. City’s 2-0 win over United at Old Trafford on Wednesday not only moved Pep Guardiola’s […] 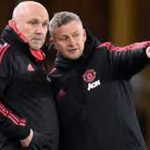 When Mike Phelan was asked if he would like to return to Manchester United and assist Ole Gunnar Solskjaer in turning the club around after the sacking of Jose Mourinho in December, he barely paused for thought before agreeing. Having enjoyed plenty of success at Old Trafford as Alex Ferguson’s trusted right-hand man, the chance […] 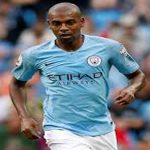 MANCHESTER: Manchester City’s surprise run of three defeats in four games, the latest in Wednesday’s 2-1 defeat at Leicester City, has been widely attributed to one simple cause – the absence of defensive midfielder Fernandinho. Yet while the Brazilian’s injury has clearly dented their Premier League title defence, given the absence of any effective replacement […]