ST PETERSBURG: It could have been the greatest day of their lives but England’s World Cup squad returned home on Sunday with the euphoria that surrounded their run to the last four having dissipated and familiar, less exhilarating, challenges lying ahead. The Premier League begins in just four weeks and Gareth Southgate’s squad, players who […] 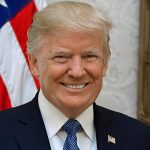 WASHINGTON DC: President Donald Trump tweeted support for a USA bid to co-host the 2026 soccer World Cup with a veiled threat against nations that might oppose it, prompting soccer’s governing body to refer to guidelines that warn against political influence over bids. Morocco is the only rival to a joint bid to stage the […]