Behind the smiles, Liverpool are a ruthless machine 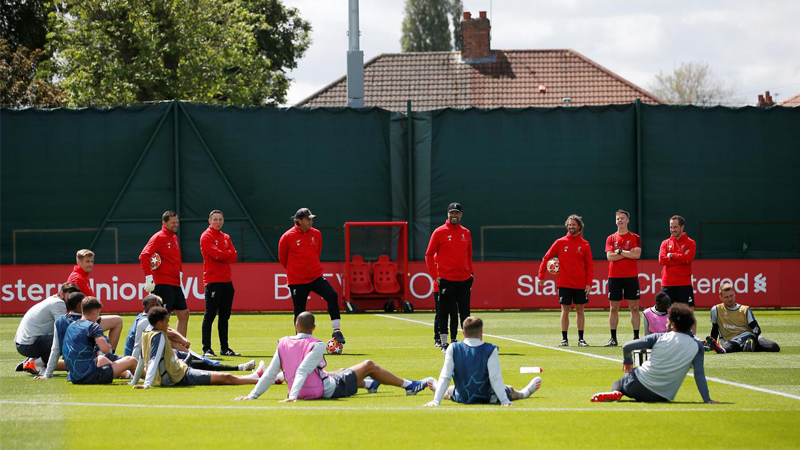 The hugs, the smiles and the laughter suggest Juergen Klopp’s Liverpool are a happy bunch, bonded together in enjoyment of the attacking football that has taken them to a second straight Champions League final. But behind the good humour and camaraderie, Liverpool under Klopp have become a ruthless winning machine, where no effort has been spared in the pursuit of the glory the club’s supporters demand. Klopp, whose team take on Tottenham Hotspur in Saturday’s final in Madrid, personifies this combination of seemingly boundless positivity with a sharp focus on the details needed for success. While his post-match interviews can frequently include loud laughter and humorous asides, as well as constant praise for his players, the German is a very different character on the training ground.

Defender Virgil van Dijk says that the dual approach works with the players. “Just look at the hugs he gives us all at the end of games. It is only a bit of affection, something very small, but it makes you feel great,” he said. “And yet, he can be stone-hard the next day and put you in your place when you have made mistakes. He will do that in front of the entire squad, but we all accept it because we know it is not something personal,” he added. The ‘stone-hard’ Klopp is one rarely seen by the public or the media but it appeared after Liverpool were held to a goalless draw in their Premier League derby at Everton. Asked by a reporter about whether his substitutions had been too cautious, the manager snapped: “I’m really disappointed about your question. It’s football – we don’t play PlayStation. “You think it’s PlayStation, bring an extra attacker and football changes. It’s not like that. We are offensive enough, football doesn’t work like that.”

How football does work, at Liverpool’s Melwood training ground, is that Klopp demands huge effort from the players and provides them with the best possible support for their efforts. During the season, Liverpool poached head physio Lee Nobes from title rivals Manchester City and he joined a backroom team that is highly specialised. There is Dutch coach Pepijn Lijnders, who at 36 brings a different tone and approach to training sessions than Klopp’s previous number two Zeljko Buvac (57).

Peter Krawietz, who worked with Klopp at Mainz 05 and Borussia Dortmund, is an expert in scouting although his job title as assistant manager highlights the importance of his input. Krawietz works closely with matchday analysts Harrison Kingston and Mark Leyland, providing detailed information during matches. There is another group of staff that focus on conditioning and the overall health of the players.

Mona Nemmer, the head of nutrition, previously served that role for Bayern Munich, having been brought in by Pep Guardiola, during his time at the German side. In a more conventional area of the club, Liverpool’s recruitment team have won plaudits for the way they have targeted key upgrades such as Van Dijk and goalkeeper Alisson Becker and midfielders Fabinho and Naby Keita. There is even a throw-in coach, Thomas Gronnemark, a former sprinter and member of Denmark’s bobsleigh team, who takes charge of an often overlooked part of the game.

Leadership: Klopp says such specialists have been essential to his way of working. “I need experts around me. That’s what leadership is: have strong people around you with a better knowledge in different departments than yourself,” he said. “Don’t act like you know everything, be ready to admit, ‘I have no clue in the moment, give me a couple of minutes and then I will have a clue probably.’ “That’s how I understand it but it’s no real ‘philosophy’, it’s just my way of life.” So far there has been no silverware in return for all the effort since Klopp took over in 2015. However, after missing out on the Premier League title by just a point, Saturday offers the chance to redeem last year’s Champions League final defeat by Real Madrid. “I try everything to be as successful as possible,” said Klopp. “I live 100% for the boys, with the boys, what we do for the club. I think that’s leadership in the first case.”