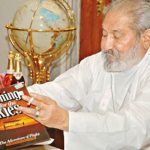 Syed Shah Mardan Shah, popularly known as Pir Pagara, was born in Pir Pagara family on November 20, 1928. His illustrious father, the late Pir Sibghatullah Shah Pagara, was a great freedom fighter and had a tremendous following as a great Pir in the province of Sindh. He valiantly waged a revolutionary struggle for independence […] 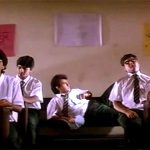 A classroom is a kind of home where everyone poses different ambitions and determinations. But, when we decide to divide a class, apparently, few are good performers and few of them are abysmal competitors. Today, I would like to highlight some facts of both first benchers and backbenchers. They work antagonist to each another. In […] 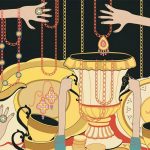 According to Oxford Dictionary, “An amount of property or money brought by a bride to her husband on their marriage” is called dowry. It is general perception among the people that dowry is used for protection for the wife against the very real possibilities of ill treatment by her husband and his family. In other […] 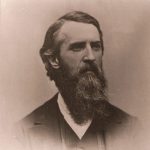 The Women of the Arabs is written by missionary and author Henry Harris Jessup. He was born in Montrose, Pennsylvania, in 1869. He wrote many books one of which is The Women of the Arabs, in which he has beautifully described how Islam was like a light for that period, a time when people used […] 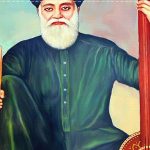 It is widely known that Sindh is the land of Sufi philosophers, mystics and poets, and the people of Sindh are very humble, hardworking and intellectual. Many saints were born in Sindh as well. I would like to highlight a few names of prominent Sufi Saints such as Sachal Sarmast, Lal Shahbaz Qalandar, Shah Inayat […] 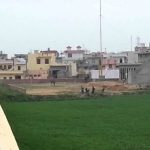 Pir Bux Maitlo is a highly populated village in the Khairpur Mirs district and is located between Babarloi and Thehri bypass. The village consists of two thousand houses and incidentally, most of the dwellers belong to the “Maitlo” caste only while only some of them belong to others including Sayed and Shaikh. There are a […] 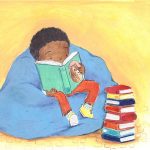 Developing reading habits is like a blessing for the mind, a nutritious vitamin for health. It is rightly said, “Reading makes a full man.” One can easily learn to distinguish between various subjects if one read on a regular basis and writing is connected to reading as well because in order to be a writer, […] 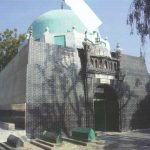 I belong to a village which is famous for its beauty and tomb of saints, named Shah Ladhani. It is located between Babarloi and Thehri bypass, district Khairpur Mirs, Sindh. Basically, Shahladhani is the name of a Sufi saint. Shah Ladhani was from Iran and was born into a Syed family. His ancestors migrated to […] 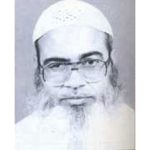 Many books have been written about the seerat of Prophet Muhammad (Peace Be Upon Him). Among all, one of them, is The Sealed Nectar. It is written by Safiur Rehman Al-Mubarakpuri. He wrote and compiled at least seventeen books in the Urdu and Arabic languages. He was born in 1942, in Husainabad, a village one […]

One of the most strenuous tasks for Pakistan in the future is tackling water scarcity. Water is the driver of nature. It is the soul of a country’s economy. The world will become colourless without this priceless gift of nature. Even life of people and living things grossly hinges on the availability of water. However, […]