* Very precious things are given as dowry such as property, gold, prefabricated homes, plots and in the countryside, domestic animals are much common 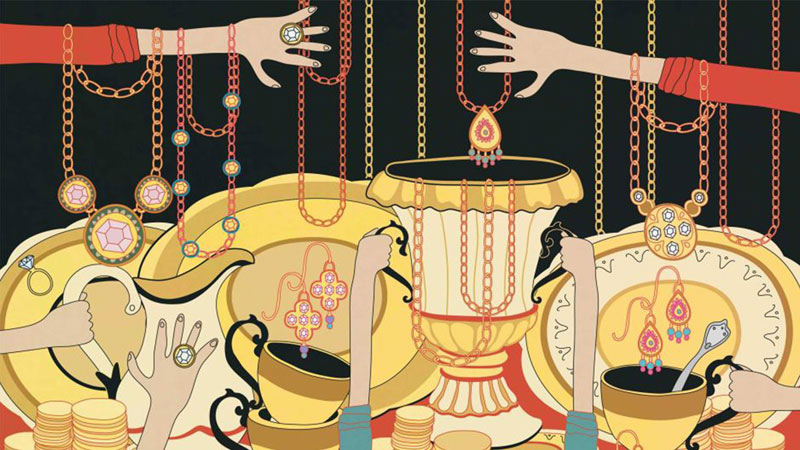 According to Oxford Dictionary, “An amount of property or money brought by a bride to her husband on their marriage” is called dowry.

It is general perception among the people that dowry is used for protection for the wife against the very real possibilities of ill treatment by her husband and his family. In other words, it is bestowed as conditional gift that is supposed to be restored to the wife or her family if the husband divorces, commits grave offences against her, and abuses.

Very precious things are given as dowry such as property, gold, prefabricated homes, plots, and in the countryside, domestic animals are much common.

It is an explicit discriminatory act against girls. This hideous system generates a lot of problems for the people and compel them to adopt unethical ways. This is obvious threat to brotherhood and fraternity.

?People from very poor family when demanded dowry for their girls at marriage. They involve themselves in pleading and even they lose their respect, they are begging door to door. Women become mentally tortured as they couldn’t approach to such demands. Due to dowry system, neither the poor people get married their daughters nor they cease them at their home. To spend their lives they adopt unethical ways to earn money.????

Our Noble Prophet peace Be Upon Him PBUH) said, “The best Nikkah is one in which least amount of money has been spent”. Dowry is not an Islamic tradition. Those who ask for money, give them charity not your blessed daughter.”

This Hadith proves that last Prophet Peace Be Upon Him (PBUH) strongly condemn the system of dowry. It is one of the cures. Due to this system, many girls are unmarried in Pakistan.

It is an explicit discriminatory act against girls. This hideous system generates a lot of problems for the people and compel them to adopt unethical ways. This is an obvious threat to brotherhood and fraternity

It is painful to be noticed that both educated and uneducated welcome such curse even Islam has considered it as a big sin. A report revealed that 95 percent o marriage in every territory of Pakistan involve the transfer of dowry from the bride’s to family of the groom’s. In Pakistan, more than 20,00 dowry related deaths happened we year and annual rates is increasing exponentially as from 2.45 to 100,000 women from dowry holistic to violence. Truly, laws were made to eliminate this curse from society suc as ?anti-dowry laws including 1996, 1997, and 1998 along with Family Court Act in 1964. ?? 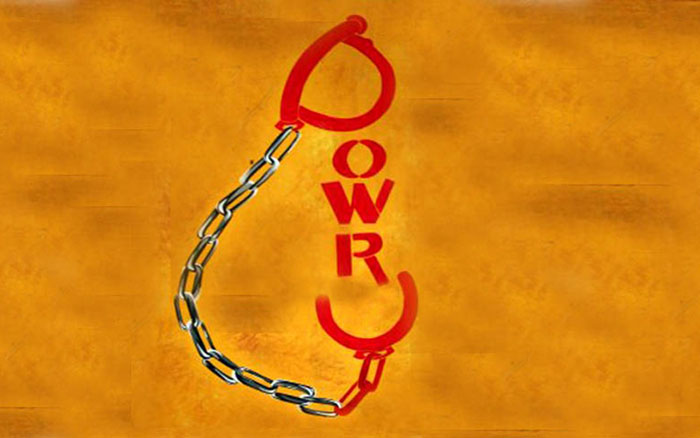 It is unfortunate that these laws have failed and proved that we are really lassitude and fragile when we come to do things practically. Dowry system seems like an enigma which is still unresolved and has been of the challenges for our powerful bodies. It needs some strong determinations and passion for eradication. Government must have to leave deep slumber and think this is one of the challenging tasks so that we can save lives of unaffordable people and in future don’t face further destruction. We must be provided adequate education to our young generation about dowry system and its impact in our society. Educated and intellectual bodies should be organised a campaign to give awareness to people which live still under this system. Our media also can be played an active role for the elimination of such curse. They should be done some programs over the system of dowry. Educate your daughters so they can stand up on their feet and find difference between good or evil.

A dowry is a transfer of parental property, gifts, or money at the marriage of a daughter.

Dowry is an ancient custom, and its existence may well predate records of it. Dowries continue to be expected and demanded as a condition to accept a marriage proposal in some parts of the world, mainly in parts of Asia, Northern Africa and the Balkans. In some parts of the world, disputes related to dowry sometimes result in acts of violence against women, including killings and acid attacks.

The custom of dowry is most common in cultures that are strongly patrilineal and that expect women to reside with or near their husband’s family (patrilocality).

Dowries have long histories in Europe, South Asia, Africa and other parts of the world.

The writer is a student at International Islamic University, Islamabad. He can be reached at [email protected]