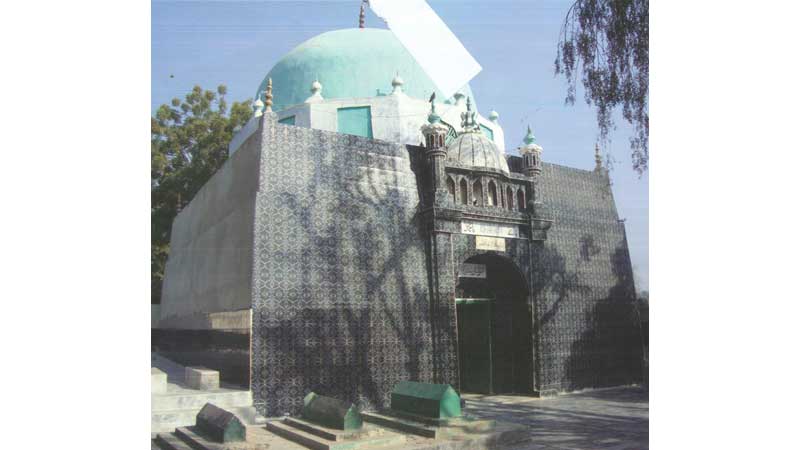 I belong to a village which is famous for its beauty and tomb of saints, named Shah Ladhani. It is located between Babarloi and Thehri bypass, district Khairpur Mirs, Sindh. Basically, Shahladhani is the name of a Sufi saint.

Shah Ladhani was from Iran and was born into a Syed family. His ancestors migrated to India and became resident of a large industrial city in the north India state of Punjab named Ludhiana. In nutshell, once his parents intended to perform Hajj and due to some hindrances. They handover a 5-years-old child to Pirzada. This is also a pious family. They came along with a child and became residents a place they called that place by the name of Shah Ladhani it means Shah of Ludhiana city, India.

Few believe he belonged to the Qadri school of thought.

He married here. He had a daughter which is buried besides the tomb of her mother and father.

Residents celebrated the annual urs of this Sufi saint with a great excitement.

People came from many areas to visit the tomb of Shah of Ludhiana.

It is believed of people he was the cause that this village is prosperous and peaceful.

Few believe he belonged to the Qadri school of thought

Having visited, they get inner peace and scenery. Indeed, Shah Ladhani is considered to be the important centre of pilgrimage for the local residents’ village. Residents celebrated the annual urs of this Sufi saint with a great enthusiasm and brotherhood. Every caste and creed of people come to this annual urs of Sufi saint. Around of this village, there are a number of date trees it is one of reasons it deemed in outskirts the most fascinating and wondrous. In fact, most of people depend on the crop of dates’ trees. This crop takes one year to get proper benefit from it. This is one of the important crops among all crops. It is also needed to tell my readers that there are other harvests as well such as rice, cotton, sugar cane, peas, spinach, and wheat. The dwellers consume healthy things therefore they look energetic, intellectual, astute and hardworking.

Predominantly, people of Shahladhani are astute and hardworking enough to renowned the name of its village and country. Probably, this village of people are serving each and every field. Former Chief Justice of Pakistan (retd) Abdul Hameed Dogar belongs to Shahladhani. Former Chief Minister of Sindh named Sayed Ghous Ali Shah is also belonged to this village. A popular businessman Mr Sikandar Khan Jatoi is also part of this beautiful village. 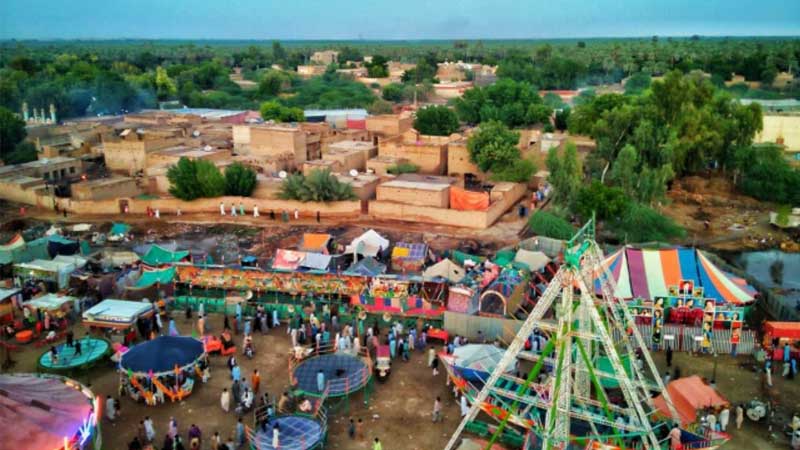 In this village, there are at least six other little villages that is one of the reasons it was given the status of Union Council. There are different castes that dwell there such as Maitlo, Shaikh, Dogar, Larik, Abro, Pathan, Sayed Pirzada, Jatoi and Shar but despite of co-existing, no one harms the other because they believe in brotherhood and humanity. This is what our culture and Prophet Muhammad (Peace Be Upon Him) taught us to be nice to everyone. Shah Ladhani is a developing and a progressive village. There is every facility for ordinary life such as well-organised roads, sewerage systems, well-attended schools and health units. Truly, this is the only village in district Khaipur Mir which is highly populated. It has a total of 2,500 homes and is considered to be the centre of the district. After travelling for 15 kilometres, you will reach Khairpur Mir and the same amount of distance will take you to Sukkur. You need to visit this beautiful village at least once which is located between different fodders and Sufi saints’ tombs. Every year, they organise a festival and give an open invitation to all to come and see this fascinating place. They provide food to visitors. They also organise a Sufi Night.